In the first CCHL start of his varsity career, St. Rita freshman goaltender Dom Adduci had the full support of his teammates.

“We love Dom. He always keeps the boys smiling and laughing,” St. Rita forward Luke Maher said. “It was good to see him get his first (CCHL) start and his first win. We paid the price all night, between greasy goals, blocking shots — it was a great team win and it felt good to get one for Dom.”

St. Rita’s 3-1 win against Marmion on Monday saw goals from Maher, Nolan O’Malley, and Jack Sprecht, while Marmion got its lone goal from Michael Greco.

A bit of recent history also played a role in Monday’s game at Fox Valley Ice Arena in Geneva.

In Marmion’s 1-0 win over St. Rita on Jan. 7, Marmion earned a 41-21 edge in shots and got the game’s lone goal from Sammy Lombardo with only 1:36 left to play, on an assist from Mario Solarte.

St. Rita got rid of the sour taste from that loss in Monday’s rematch. And the difference between their two recent meetings for St. Rita was simple.

“In the last game we were a little sloppy, on the weak side in the offensive zone, and they countered with us a bunch,” St. Rita coach Brian Coleman said. “Today we cleaned that up and had sustained pressure in their zone for longer stretches.”

The reasons for St. Rita’s long stretches of offensive pressure Monday were two-fold.

“Our forecheck was great,” Maher said. “(Coleman) always preaches about keeping the third guy high all night and I thought we did a great job of that. And then we buried our opportunities. When we played them last week there were a lot of rebounds just sitting there, and we finally got to the net tonight and buried them home.”

St. Rita grabbed a 1-0 lead with 5:18 left to play in the first period, when Danny Byrne chipped a puck from the near to the weak side, where Sprecht finished on it. The Mustangs applied quality pressure throughout the period but gave up a tying goal with only 26 seconds left when Greco buried a shot from the slot.

The tie game held until the 4:45 mark of the second period. Maher netted his eighth CCHL goal the old-fashioned way for a team looking for ways to put more goals on the board.

“Going to the front of the net, banging in rebounds,” Coleman said. “We got two tonight and that’s what we want to do, to add a layer to our game and hopefully that opens up a little more skill for us. When you get two or three of those in a night, things start to open up and that allows you to get a few of those pretty ones.”

Marmion goalie Charlie Donoghue shined all night, particularly in the third period to keep his Cadets within one goal of tying the game against a St. Rita team that found plenty of quality looks on net.

For the game, St. Rita posted a 48-18 edge in shots and Donoghue rose to the challenge.

“(Donoghue) played unbelievable,” Maher said. “We should have had a couple more and he kept them in it. So all the credit to him.”

Maher got no argument from Marmion coach Christian Esposito.

“Charlie Donoghue is absolutely outstanding,” Esposito said. “He’s the backbone of our team and he has been all year. We can’t ask for more from Charlie. And Mario Solarte has really taken his game to another level and he’s coming into his own. I’m really happy with his play lately.

“It was a hard-fought battle.. We didn’t execute our defensive system as well as we have, and certainly not as well as we did in our last game we played against them. Ultimately, I think that’s what it came down to.”

Adduci made all the stops he needed to make for St. Rita, anchoring a defensive effort vastly improved from the two teams’ previous meeting.

“I loved our defense tonight. Our defensemen really locked it down and controlled the middle of the ice,” Coleman said. “(Solarte) is such a dynamic player for them and we did a good job, every time he got the puck, of not giving him much room and space to really threaten.”

Mustangs defensemen Joey Rodriguez, Ryan Mancine, Joey Bedtke, and TJ Swan all stood out in the win, and Maher added a couple names to the list of St. Rita players who shined.

“We’ve been working as a team to get more consistency. We’ve shown stints of it and in the last week and a half we’ve really played some of our best hockey all year. Now we’re just looking to keep it gong into the post-season; play inside the blue lines, win the greasy areas, and we’re starting to establish ourselves as a hard-working, strong- forechecking team.”

St. Rita next hosts Notre Dame in CCHL play on Thursday while Marmion is on the road Thursday for a game at Brother Rice.

Donoghue and the Cadets will put Monday’s loss in their rearview mirror and keep grinding.

“We were playing hard and a few bounces didn’t go our way tonight, but you have to make up for that,” Donoghue said.

“We’re a very young team but we’re close, We’re all brothers out there. It’s not just a one-man show and we play well together. That’s what it’s about. I think we’re on the rise and we just need to keep getting more shots, and finish off these last few games strong.”

With the postseason looming, Esposito likes the distance this year’s Cadets have traveled.

“We’ve seen a lot of growth in our team as a whole this season in our structure, our systems, and the buy-in has really been great,” Esposito said. “I’ve really enjoyed seeing how the boys have come together throughout this season, which is what you want at this level.

“You’re looking to get hot here at the end of the season so after a game when you play okay but really needed to give it your best, you have to turn the next page and find a way to use it as a steppingstone to get back to the top of your level. Because at a busy end of the year you have to make sure you’re at your best.” 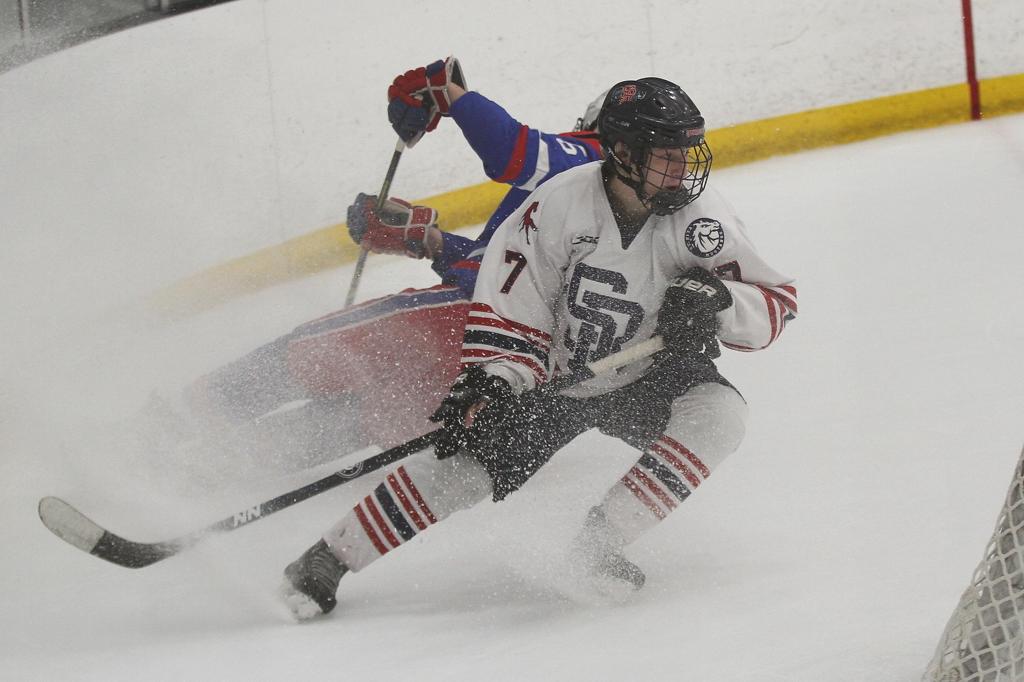 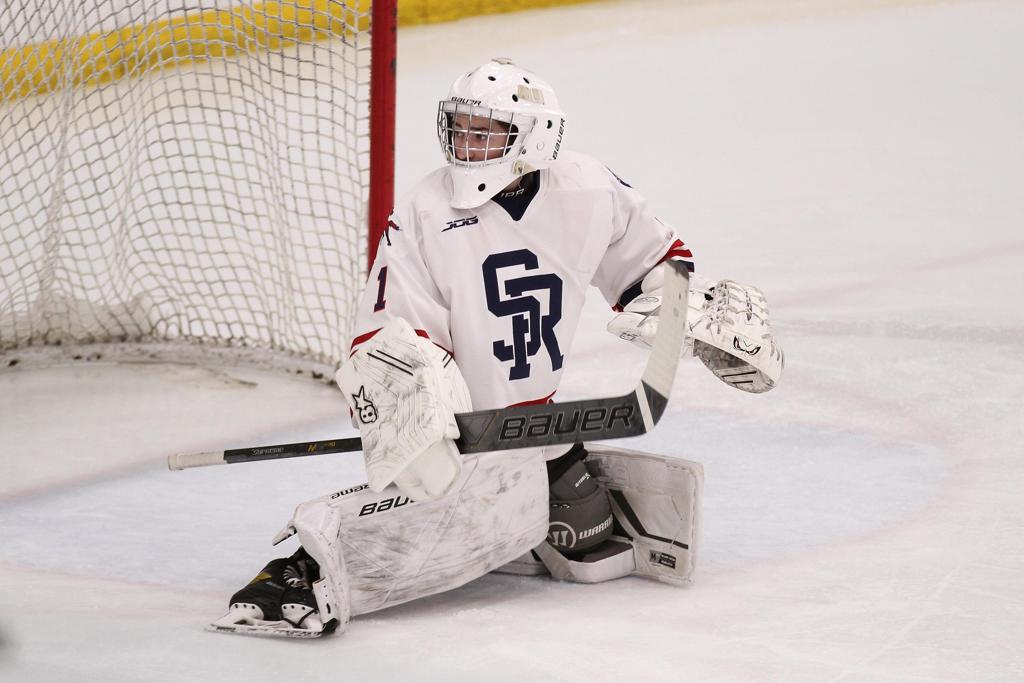 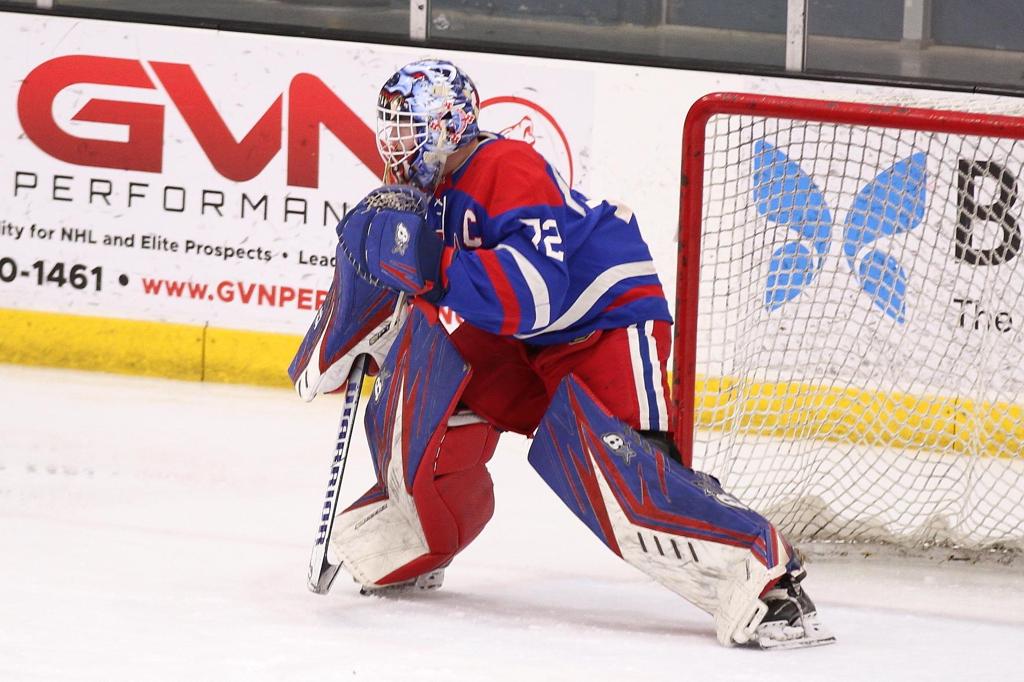 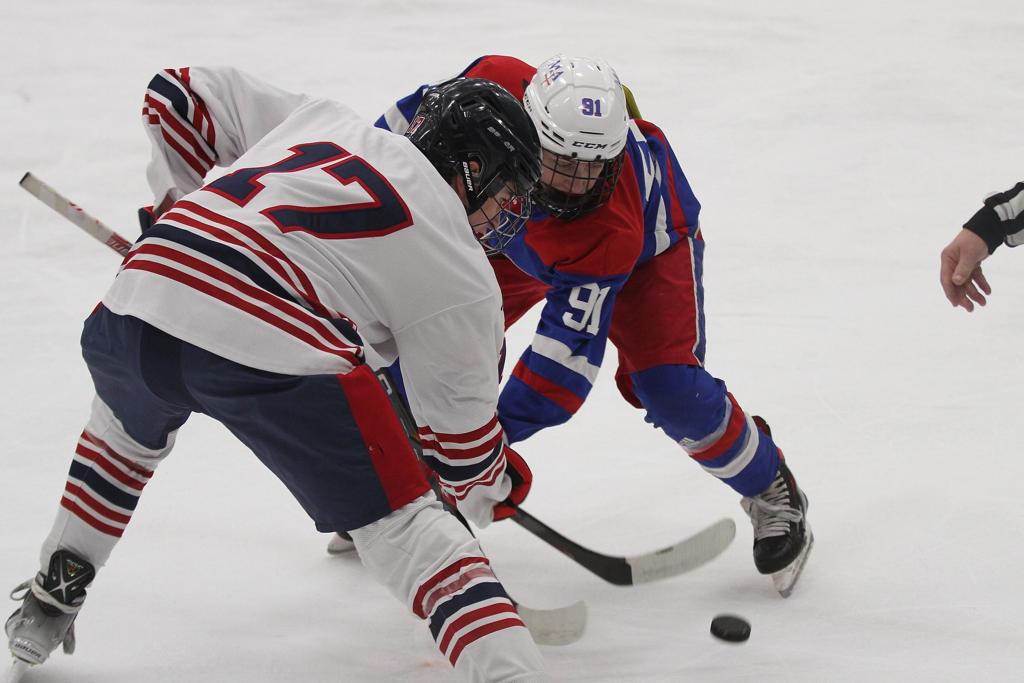 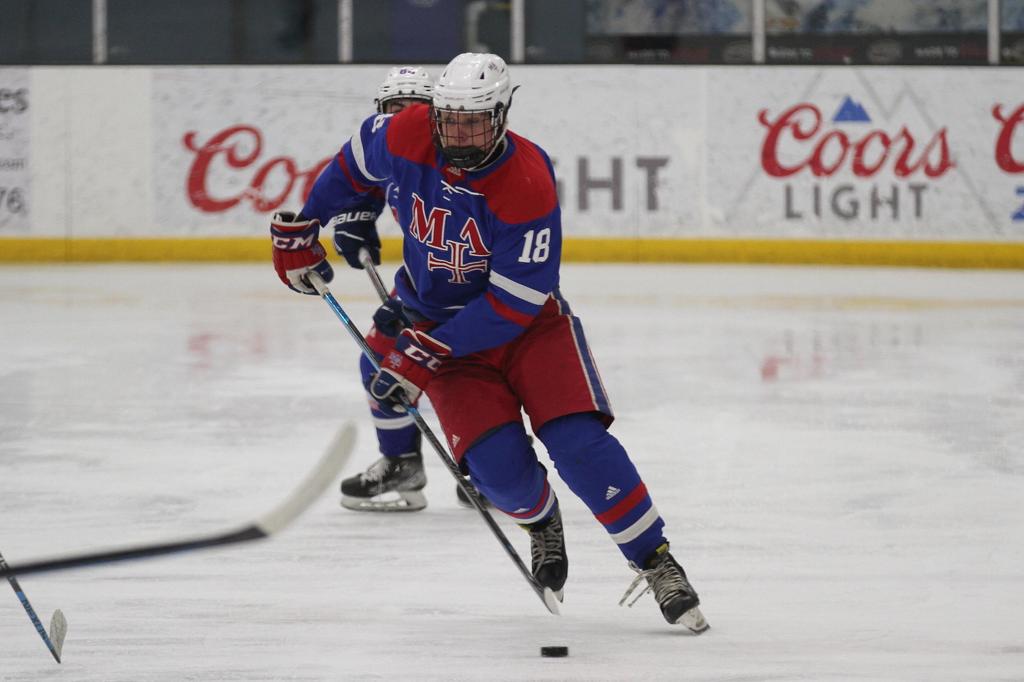 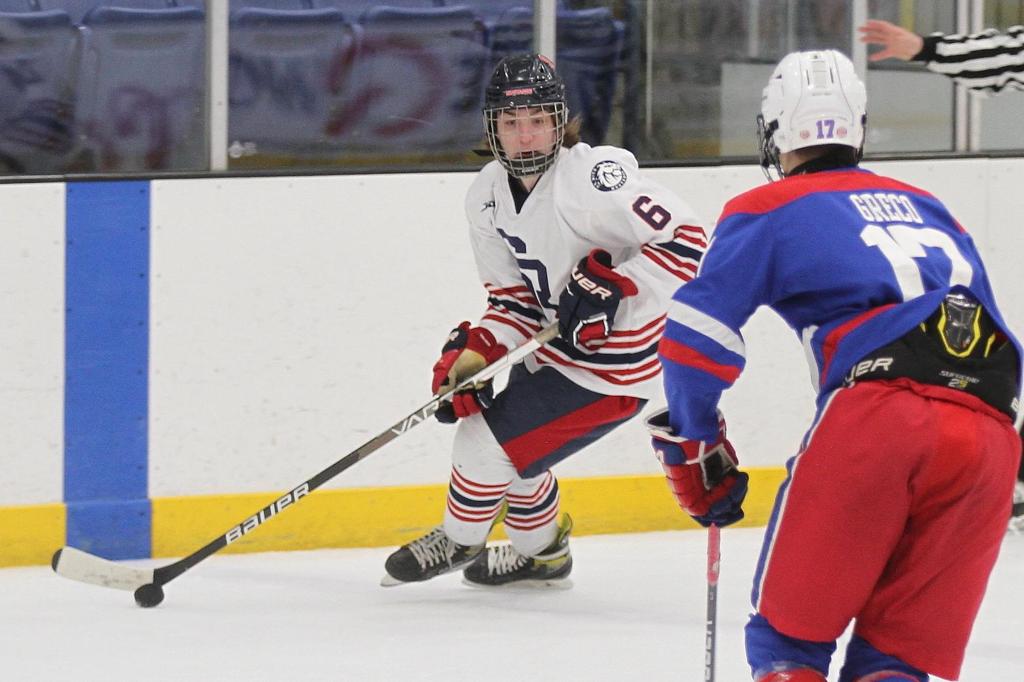 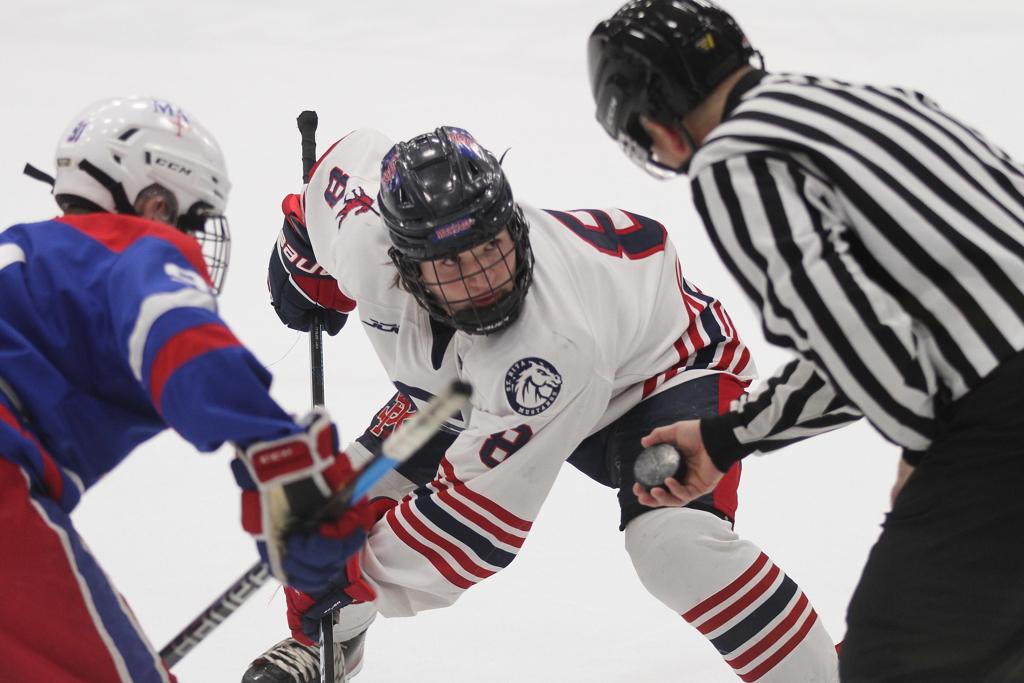 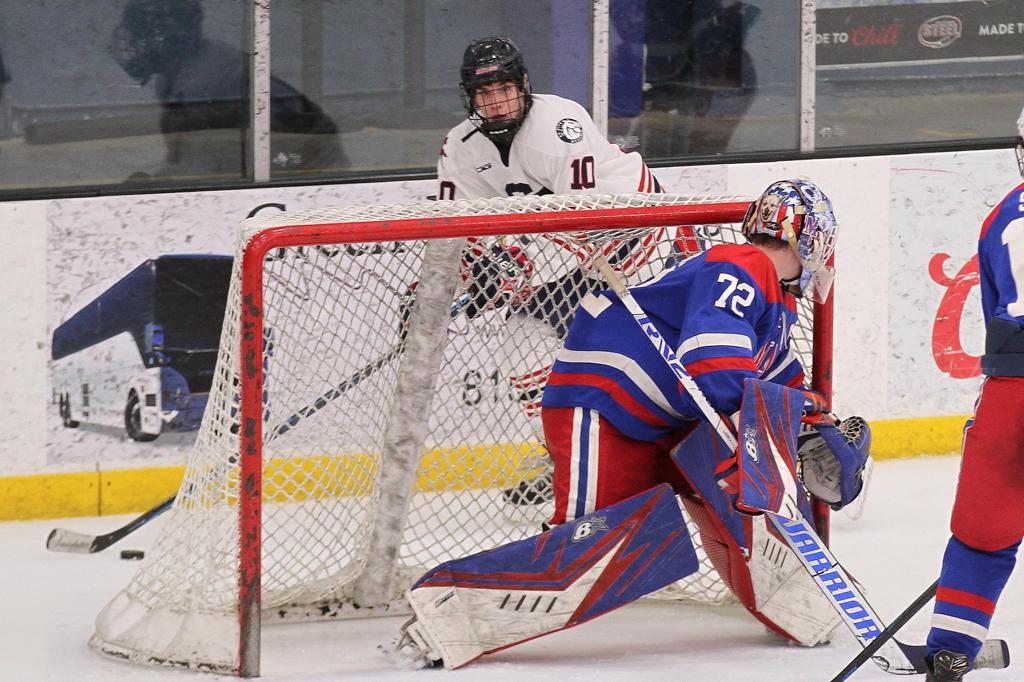 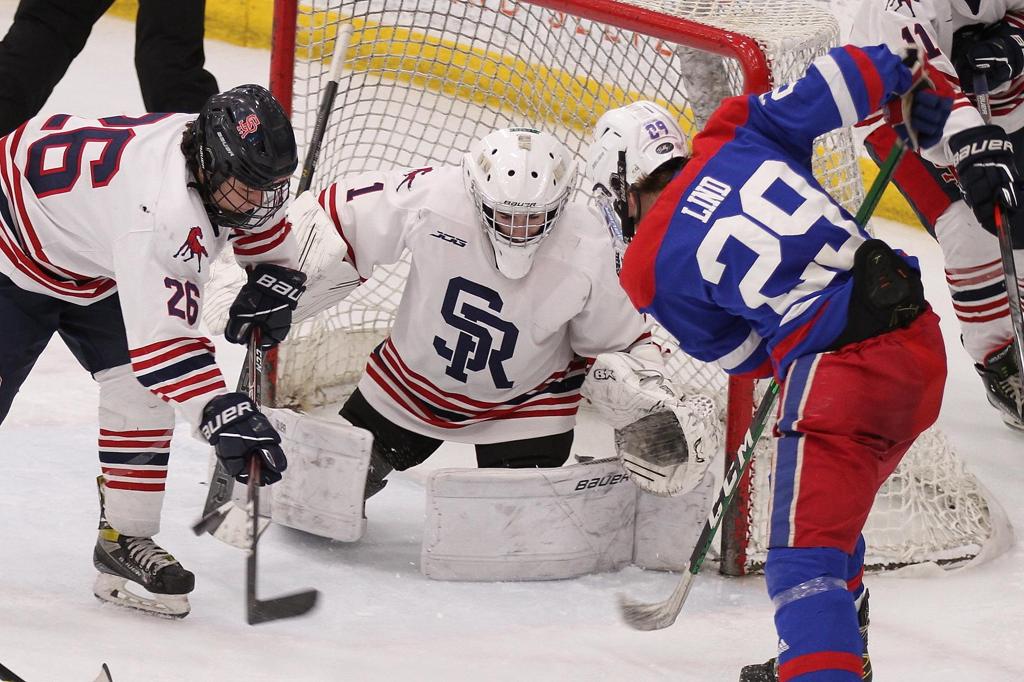 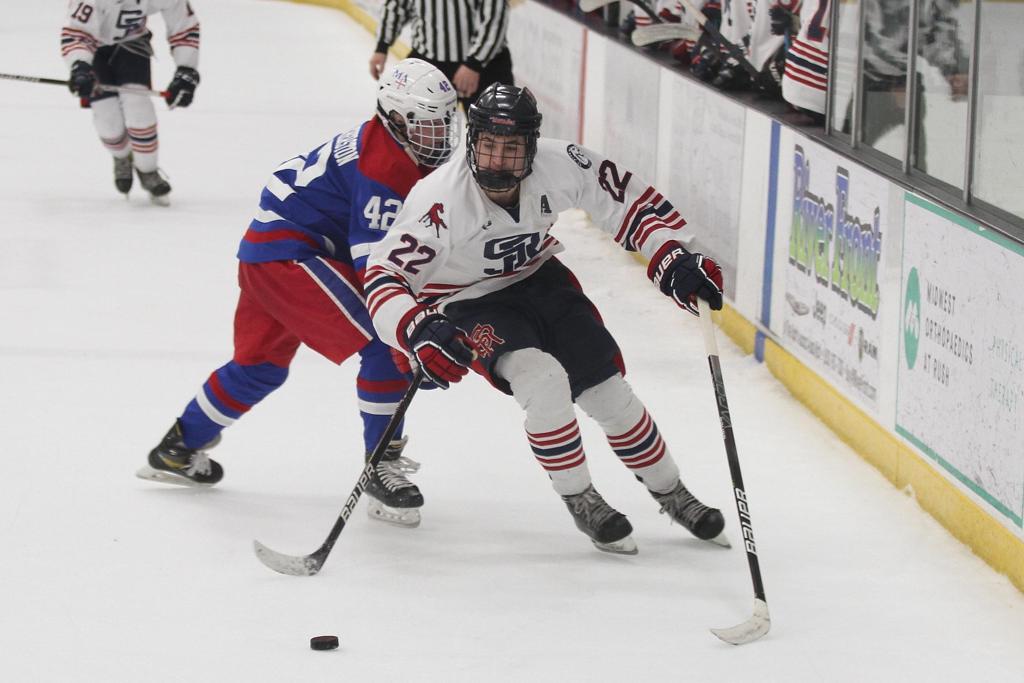 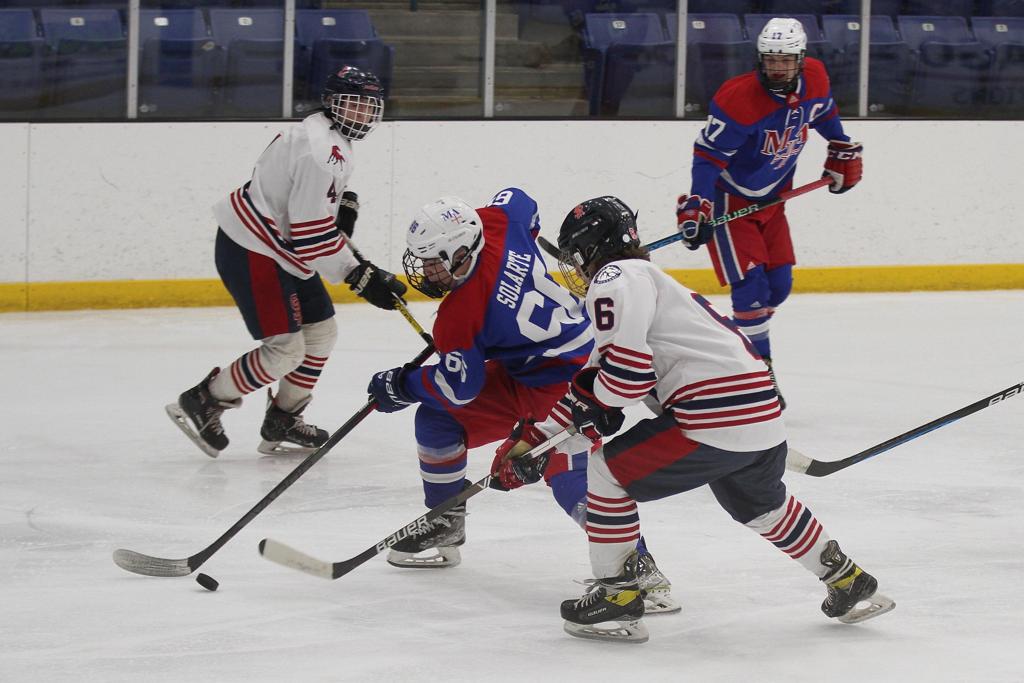 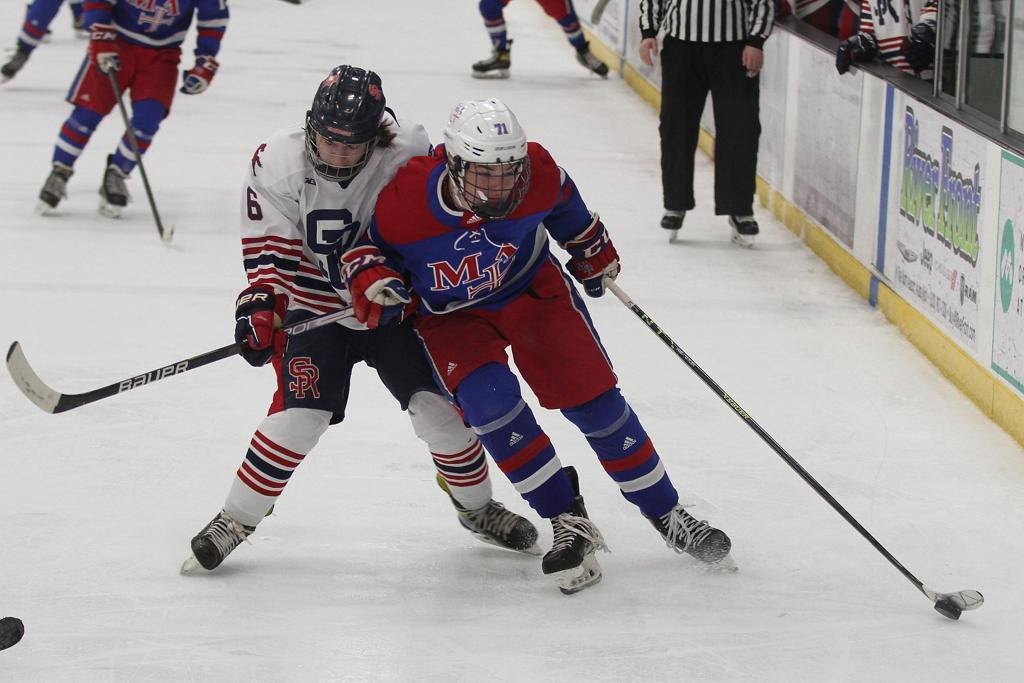 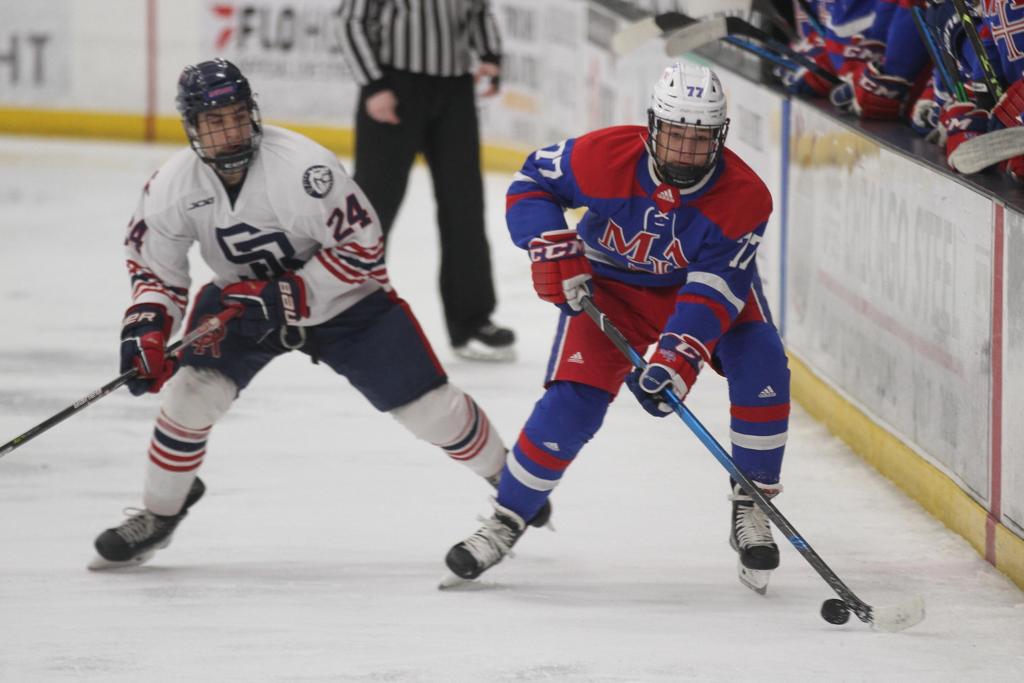