A Carter Fask hat-trick may have been the box-score exclamation point on Fenwick’s win over Notre Dame, but it was the first 1:51 of the third period that stood as arguably Sunday’s most pivotal stretch of play.

Leading 2-0 after two periods, Fenwick (7-7-0 in CCHL play) faced 1:51 of a penalty kill to start the third, against a Notre Dame (3-14-0) team that Friars coach Nick Fabbrini knew came ready to play.

A power-play goal from Notre Dame in that situation might well have changed the game’s momentum. Instead, Fenwick killed the penalty and then found three more goals en route to a 5-1 win at The Edge ice arena in Bensenville.

“Even though they weren’t getting too many chances, it was only 2-0 so it was important that we come out and kill the penalty,” Fabbrini said. “We had 1:50 to kill so we talked about making sure we didn’t give them any hope, and after that just play smart.

“(Notre Dame) played really well and I think our depth was a big factor. Their top line can play with anybody but for us, one of our strengths is the depth we have.”

Notre Dame came out more than up to the challenge in the CCHL game, finding dangerous space in the offensive zone and sending seven shots on net to Fenwick’s eight in the first period. Notre Dame’s Griffin Delfoose, Owen Weber, Zachary Zigmond, and Kyle Keane all put first-period shots on Fenwick Cole Alessi, but Alessi kept them out.

Fenwick went into Sunday’s game having already beaten Notre Dame by scores of 4-0 and 5-1 this season. The Friars showed flashes of dominant play in the first period but it wasn’t until Dominic Fosco scored with 3:15 remaining in the period that Fenwick grabbed a 1-0 lead.

It remained a 1-goal game for most of the second period, before Fask scored his first goal of the game at the 6:42 mark to make it 2-0.  Fenwick posted a 6-2 edge in shots in the second period.

But leading 2-0 at intermission, Fenwick’s players were anything but happy.

“We were not satisfied with our first two periods,” Fenwick defenseman Joe Krzak said. “We wanted to get out there, get a couple more goals, and keep working. I was happy with the way we went out there in the third period. We were moving the puck around, getting hits, and getting into great (scoring) spots.”

Fask also liked the way his side elevated its play after the intermission.

“We got into the locker room and we weren’t yelling at each other but just took a deep breath, went back out there, and played as hard as we could,” Fask said. “And it’s not always about scoring the big goal. It’s the little things like a hard back-check, getting out, and little things that can separate you from good teams.”

After weathering Notre Dame’s power play to start the third period, Fenwick took a 3-1 lead on an unassisted Sean Pondelicek goal at the 9:45 mark. Notre Dame scored on the power play with 4:12 left in the game to make it 3-1 on a Charles Duffy goal, with Delfoose and Johnson assisting on the goal.

Fask returned Fenwick to a three-goal cushion a minute later with his second goal of the game, with Fosco and Thomas Kala assisting. Fask finished the day’s scoring with 10 seconds left in the game to complete his hat-trick and score his fourth CCHL goal of the year.

“He’s one of the fastest guys on the ice every time we play,” Fabbrini said of Fask. “Skating, passing, and shooting, he’s as good as anyone in the league. The challenge is putting it all together and he did that tonight. He’s also on the varsity swim team so he’s got a lot going on so it was nice to see him get back to doing the things that make him successful.”

Fask was happy to contribute, but happier about the character his team showed on Sunday, coming on the heels of Friday’s 3-2 loss to Providence on a goal scored in the game’s waning moments.

“It was a nice to see the way we rebounded after that game,” Fask said. “Providence is a good team but that was a heartbreaker to lose in the last fifteen seconds.”

After posting seven shots in the first period, Notre Dame only managed six shots on net the rest of the way as Fenwick finished with a 20-13 edge in shots.

“When they were out there they were making things happen,” Fabbrini said. “I thought our ‘D’ played a pretty good game for the most part, we did a good job moving the puck, and it was just a pretty good team effort tonight.

“The power play looked good and I liked how we stuck with the process. It’s about understanding that if it’s not enough after 17 or even 34 minutes, that if you stick to the process for 51 minutes good things will happen.”

Fenwick has gone 5-5 in its last 10 CCHL games, and every single loss has been by a single goal for a team ranked 18th in Illinois by My Hockey Rankings.

“We started off a little inconsistent but now I feel like we’ve been picking it up, everyone is chipping in and giving their best effort,” Krzak said. “I love that and I can’t wait to see the next couple games.”

“We’re definitely getting better,” Fask said. “We started a little slow. As we move on the games get more crucial and putting the puck in the back of the net will be even more important.” 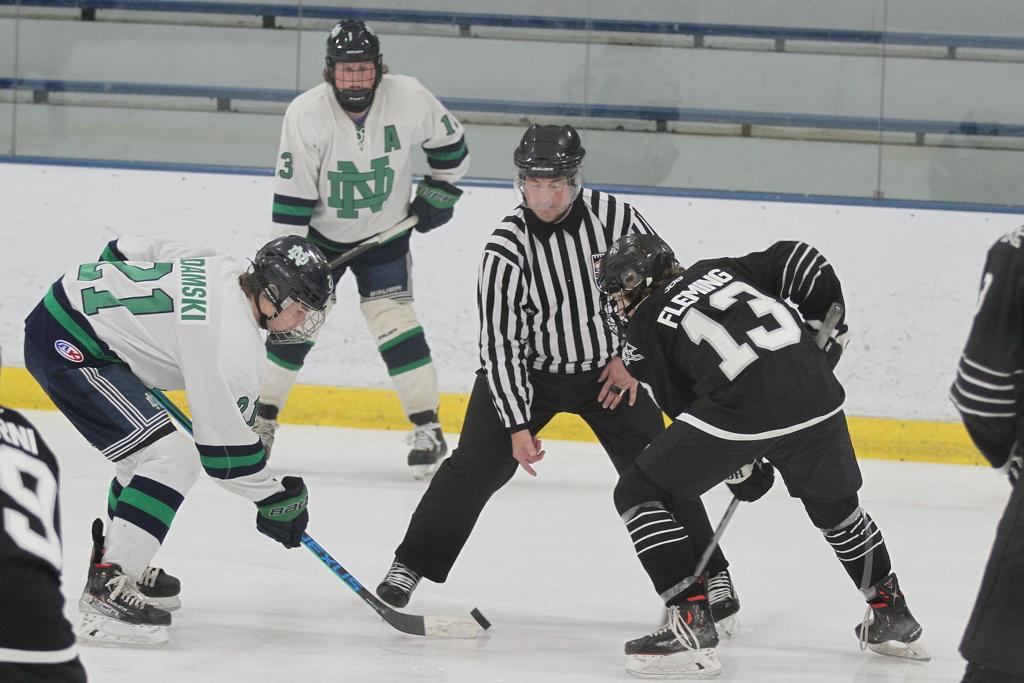 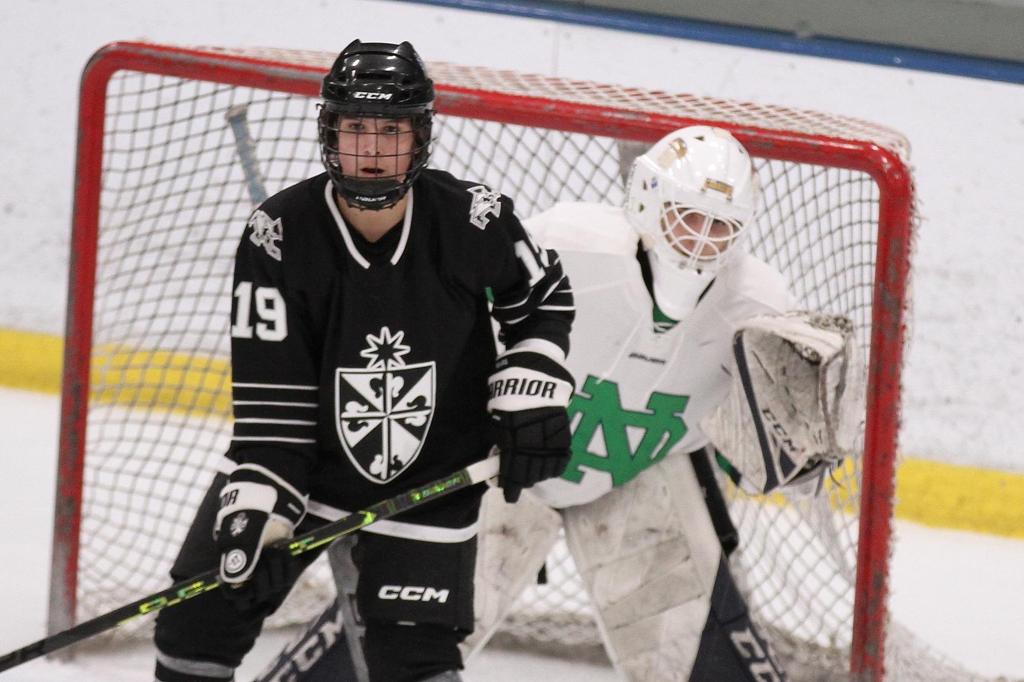 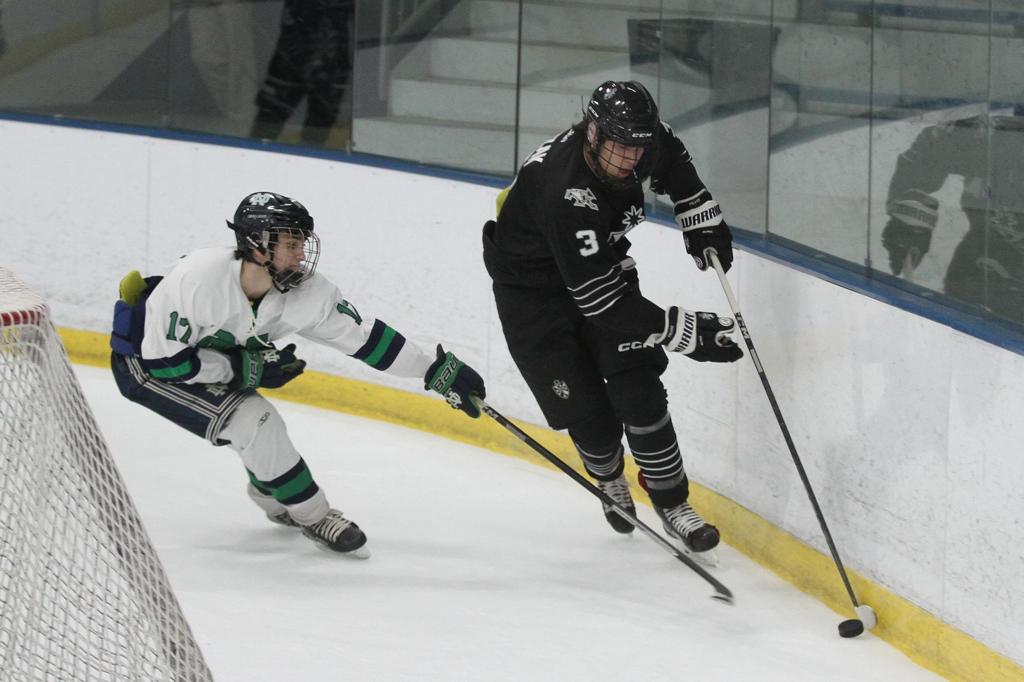 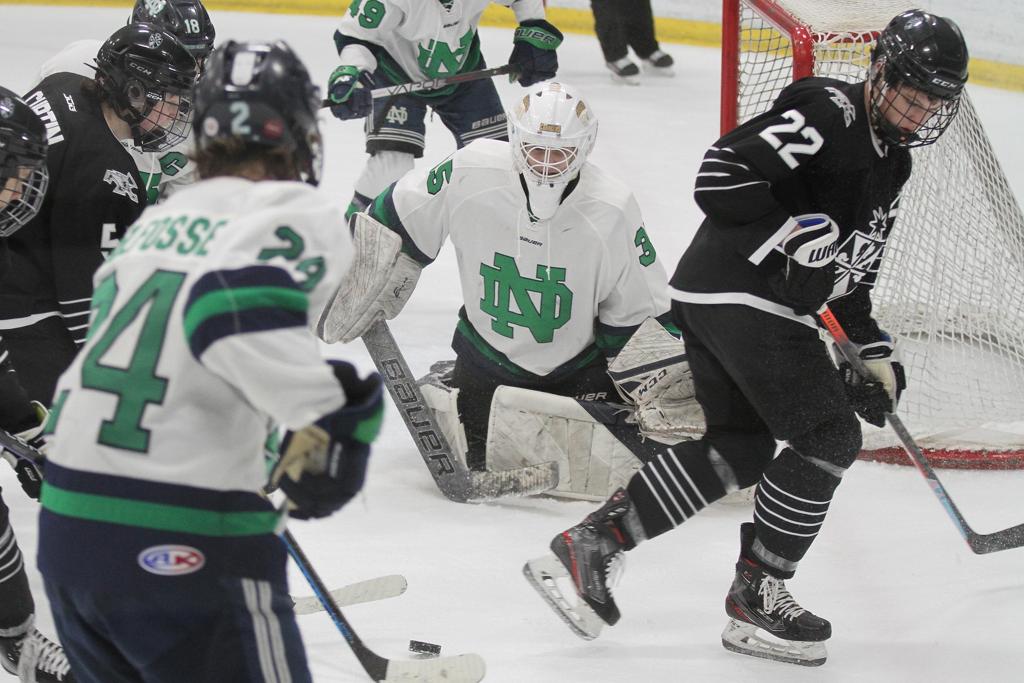 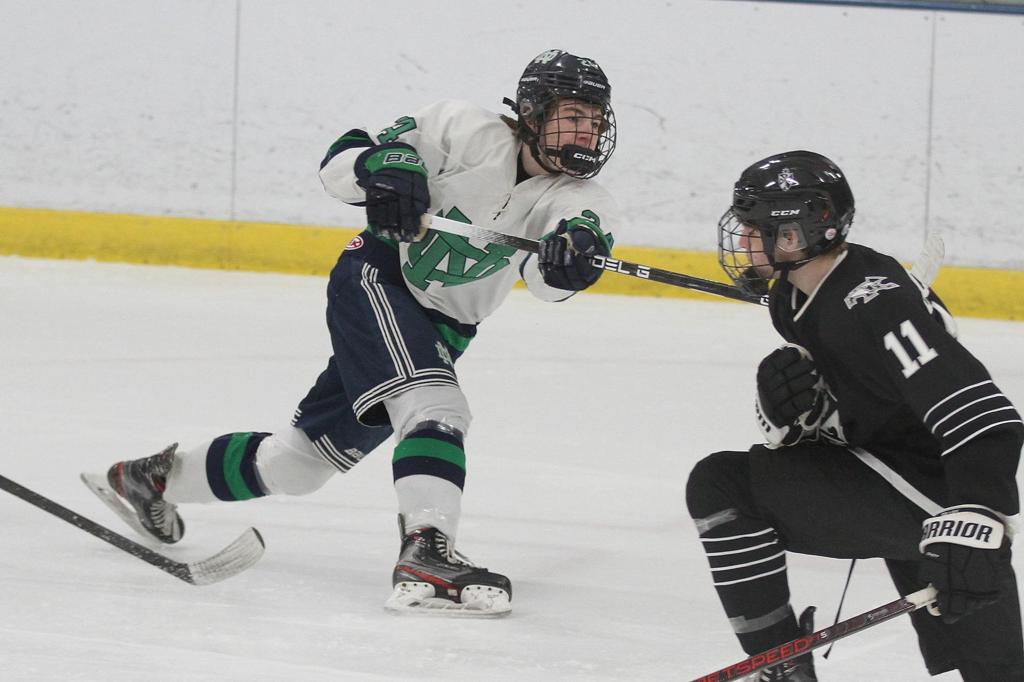 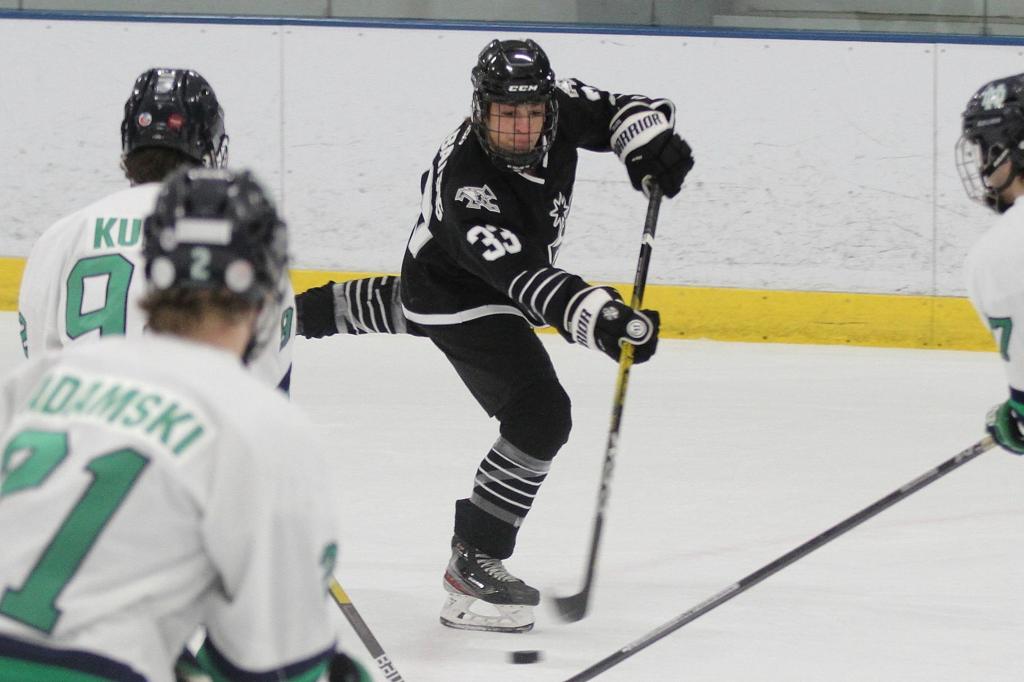 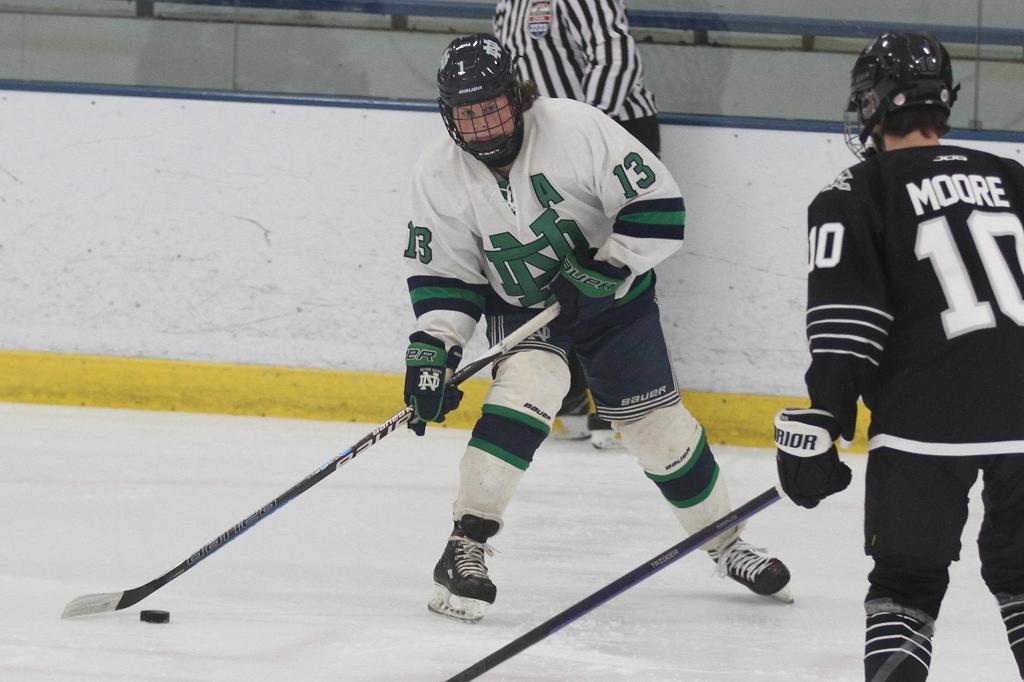 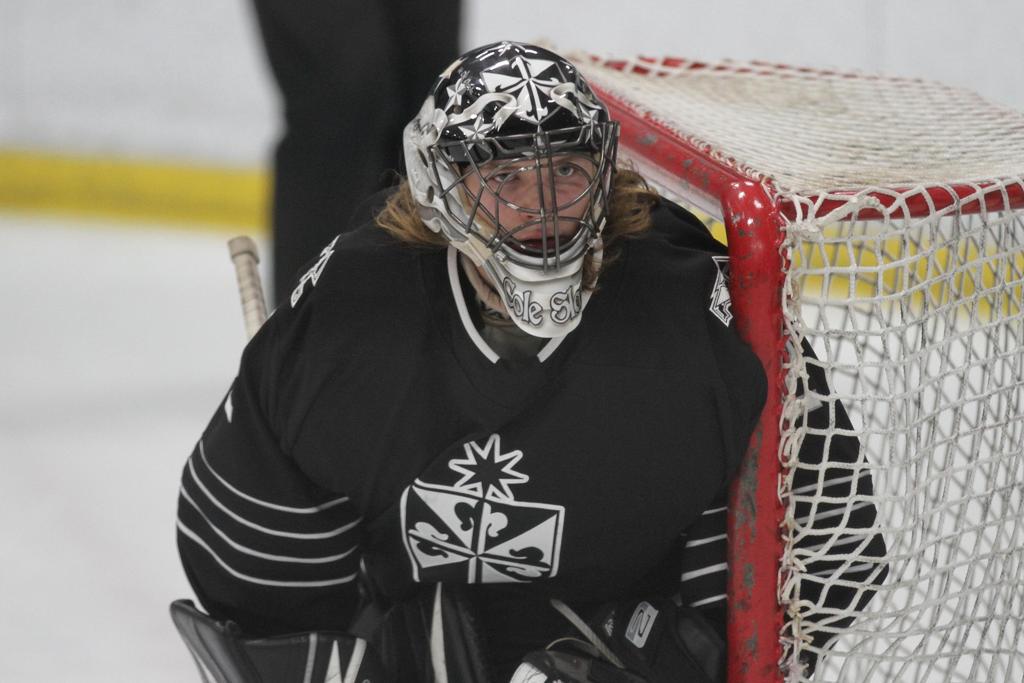