“I feel like the whole game we were kind of plugging away,” Xydakis said, “but really, that second period is when we just started to do the little things.”

Providence’s eventual 5-0 CCHL win at Brother Rice saw the Celtics lead 1-0 after a period of play on a Joe Ramos goal. But it was a suffocating attack in the second period that saw them effectively put the game out of reach, as Fin Harris, Nico Felice, and Carson Burris each lit the lamp to make it 4-0.

Burris added his second goal of the game and his seventh in league play in the third period, as Providence goaltender Drew Pavich recorded his fourth shutout of the season.

And it was all traceable back to ‘the little things’ Providence did on a larger scale in the second period.

“I thought our forecheck was really on today, then we started to put passes on the tape, picking our heads up before making plays and dumping the puck, and having more patience with the puck and realizing our options,” Xydakis said.

The little things Xydakis cited led to some opportunistic scoring that allowed Providence to build its big lead, as Providence coach Nick Iaciancio saw his side improve to 7-3-1 in CCHL play with the win.

“We were able to cause some turnovers and capitalize on those,” Iaciancio said. “But we kind of go as we’re able to pressure people. Sometimes we just don’t have it but in the second period, we seemed to kick it into gear and our defensemen weren’t giving the zone so we were getting some turnovers. Then we were able to use some bigger ice to get to the net.”

Brother Rice (4-3-0 in CCHL play) went into Thursday’s game as Illinois’ 24th-ranked team but 18th-ranked Providence used a 15-5 edge in first-period shots in finding a goal at the 3:49 mark of the period.

Ramos scored on the power play off a Ben Schwarz assist, and that first-period goal ultimately stood up as the game-winner.

The first period saw both teams finding their footing, and Brother Rice wasn’t without a few dangerous scoring chances. John Keaty swooped in on the right side and shot from the low hash mark near the 13-minute mark, but Pavich turned it away. Pavich snared a shot from the point a few minutes later.

A flurry of penalties started near the 12-minute mark of the first period. Six of the game’s 11 penalties were whistled in the first but it wasn’t until Ramos capitalized late in the period that either team paid a price.

Pavich turned away a shot from the point taken by Brother Rice’s James Esposito early in the second period, before Providence began pinning the Crusaders on their own end.

Three goals in a six-minute span ensued, starting with Harris’ goal from the point on the left side at 12:10, on a Travis Briar assist. Nico Felice went in alone on net and buried his shot to make it 3-0 at 9:58. Noah Oliver and Burris assisted on the goal.

Burris made it 4-0 at 5:24 with Nico Felice and Lucas Dukups assisting, and Providence effectively had the game in hand and had Brother Rice reeling.

“We got away from our game plan and I think that helped them in the second period,” Brother Rice coach Ralph Lawrence said. “They’re a good team and you have to play them a certain way. They scored one in the first and maybe some momentum went on their side. And then they took advantage of us getting away from our game plan.”

Oliver and Dukups assisted again at the 11:58 mark of the third period, setting Burris up for a backhanded goal to end the day’s scoring.

Early in the game, Iaciancio sat down one of his leading point scorers in Vinny Felice after he was whistled for three penalties. Iaciancio shifted some personnel around and got quality performances around the ice, while the team’s other leading scorers stepped it up.

“Nico Felice and Carson Burris — it’s their speed and hockey IQ, and their ability to control it,” Iaciancio said. “I thought Zach Xydakis did a good job of kind of not giving up the zone and setting our tempo for a defenseman to kind of stay up. And then (Pavich) was solid when we needed him in the net, as he’s been all year.”

Pavich faced 7 shots in the second period and 3 in the third to earn the clean sheet.

“The defense has made it easy for me,” Pavich said. “They’re letting me see the puck well and they’ve kept deflections out of the way. They kept it out of our zone, which is most important. We did a great job keeping it in their zone, and our guys controlled the puck well.

“I just thought we had the fight in us tonight. We played three periods of hockey and that was great to see. It’s something we’ve been working on all year. The biggest thing for us is consistency and once we get that I think we’ll be a really good team.”

Was a 5-0 win on the home ice of a quality league opponent in Brother Rice surprising?

“No, not really. We've had a few ups and downs this season but when we play our game we’re right there,” Xydakis said. “And we have arguably the best goalie in the league so we play confident with him back there. We play great defense and the offense is producing more this year.”

Lawrence applauded the play that Brother Rice has gotten this season from players like Sean Moran, Matt Spell, Jack Keaty, and Charlie McClorey, and believes that freshman forward James Esposito might be destined for an exceptional varsity career. Defensively, the Crusaders have relied on Connor Haggerty and the solid goaltending of Deven Stillo.

“Moran has been a good all-around player, forecheck, backcheck, and he’s all over the ice making good decisions for us,” Lawrence said. “Keaty and McClorey have also stood out for us.”

Brother Rice will need a short memory after Thursday’s loss, since the Crusaders travel to Indiana to play St. Xavier of Cincinnati on Friday night.

"We have to use the mistakes we made and we also can’t get outworked (Friday),” Lawrence said. “Providence had the puck more than we did and the team that has the puck more is going to win.” 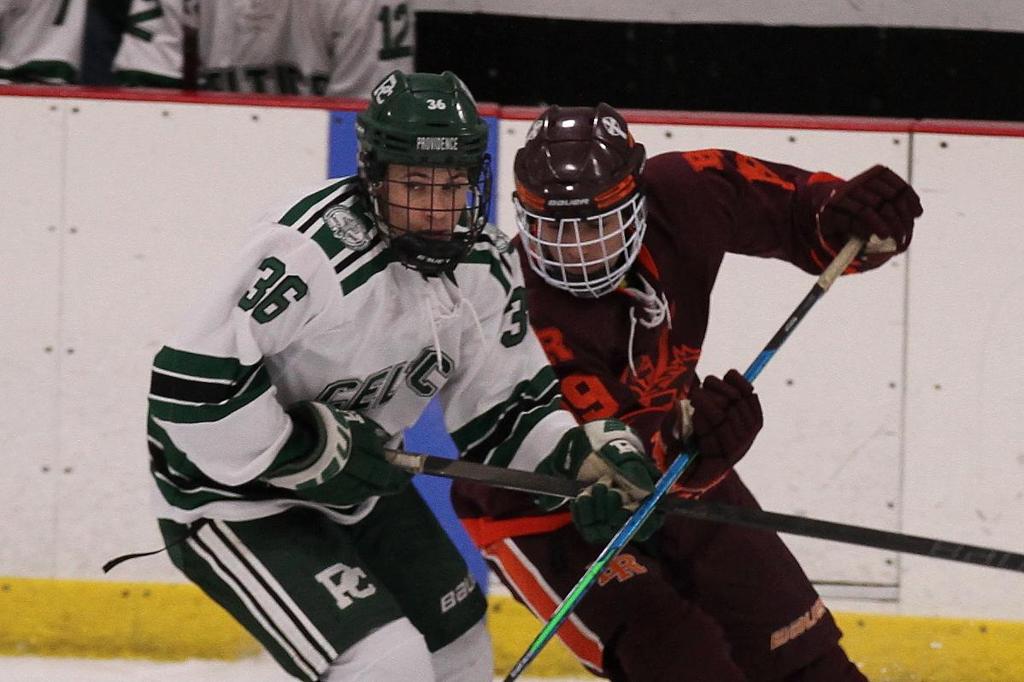 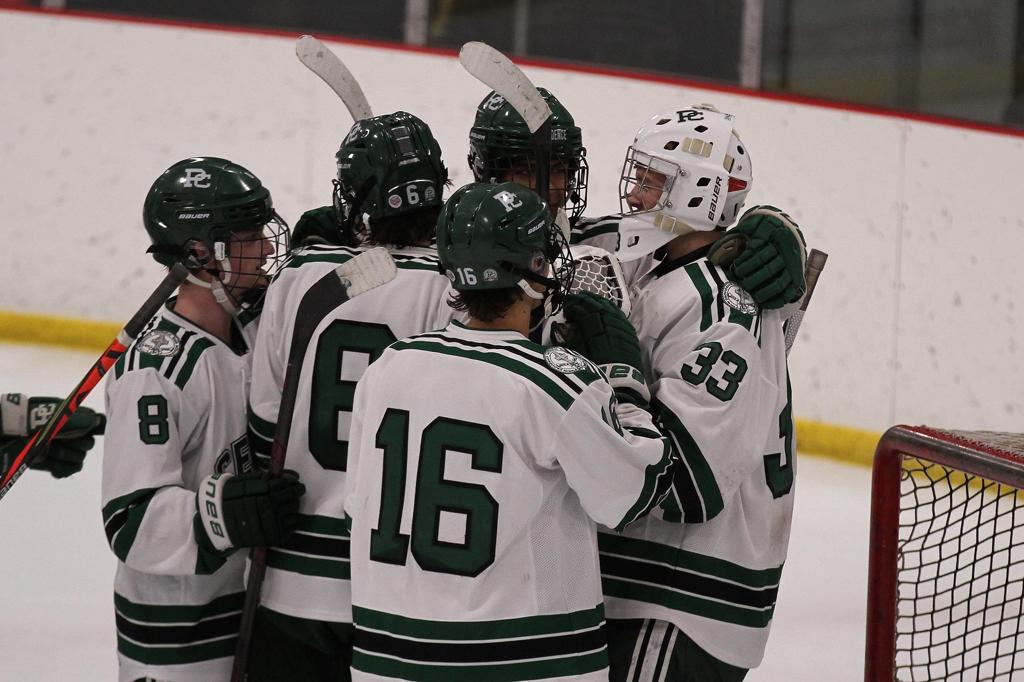 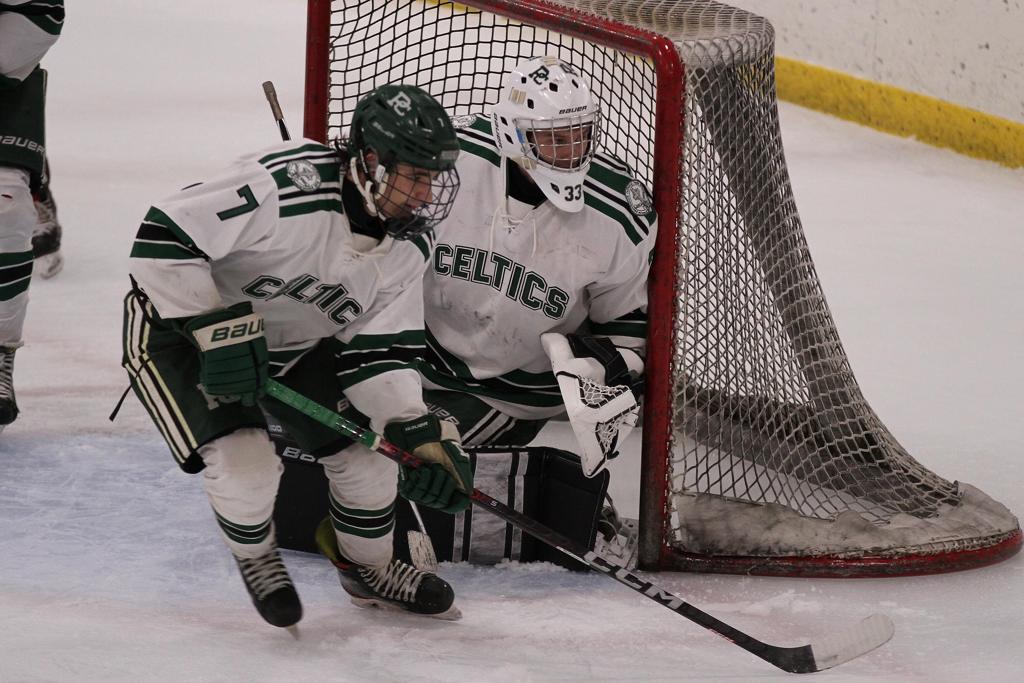 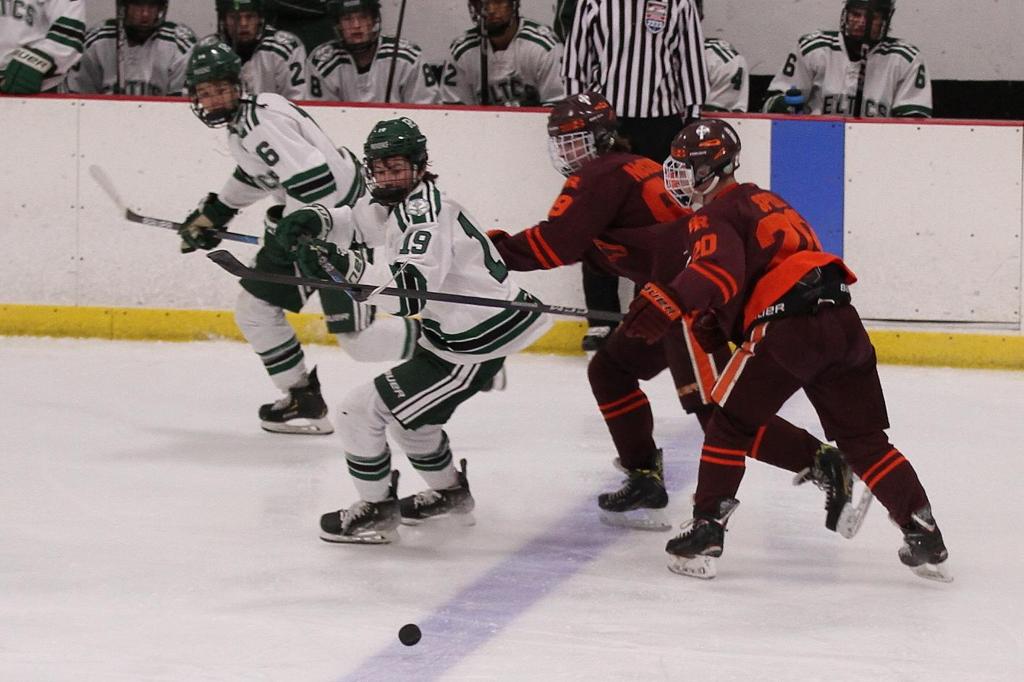 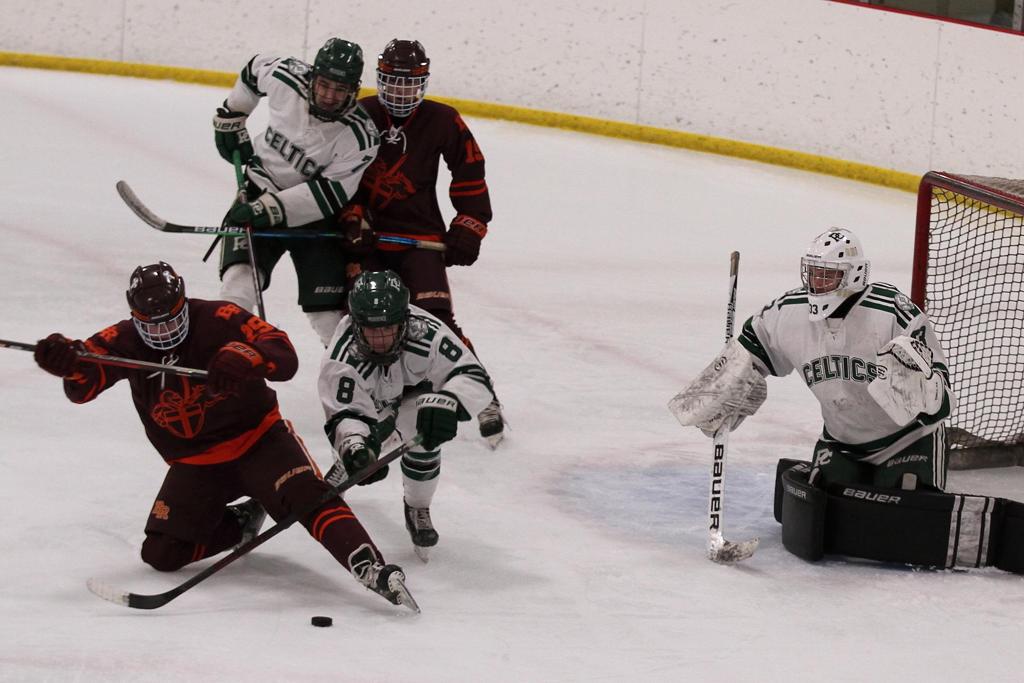 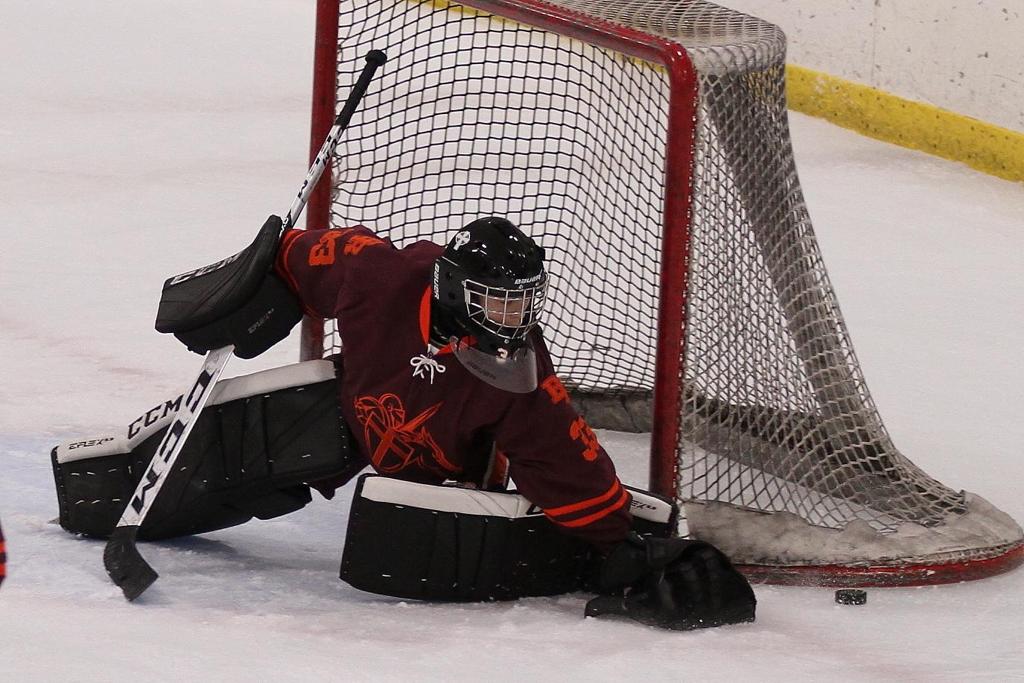 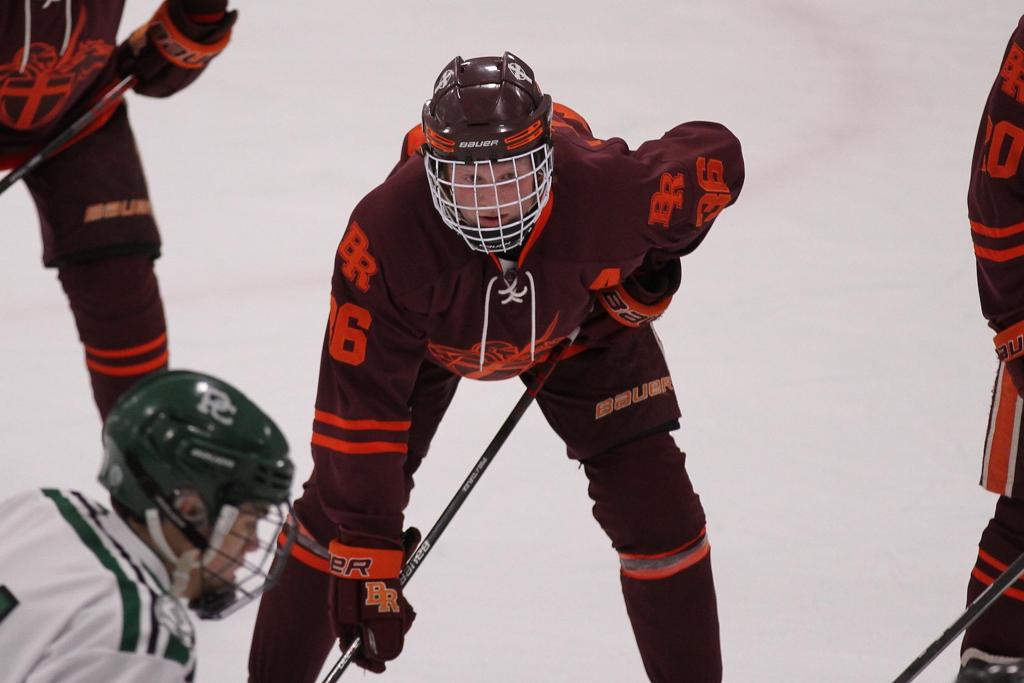 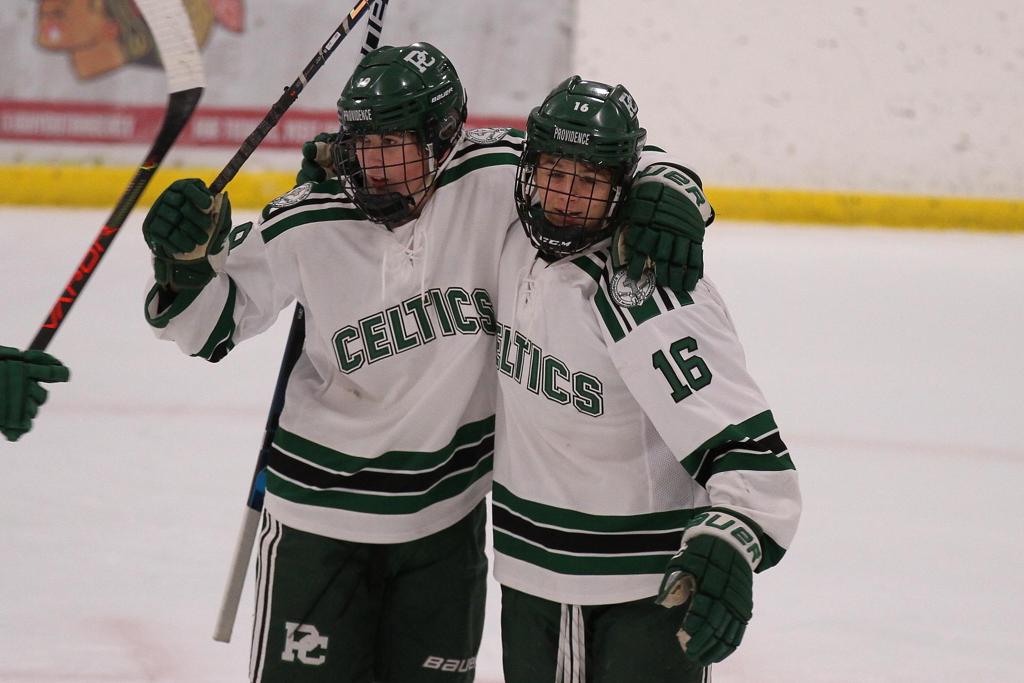 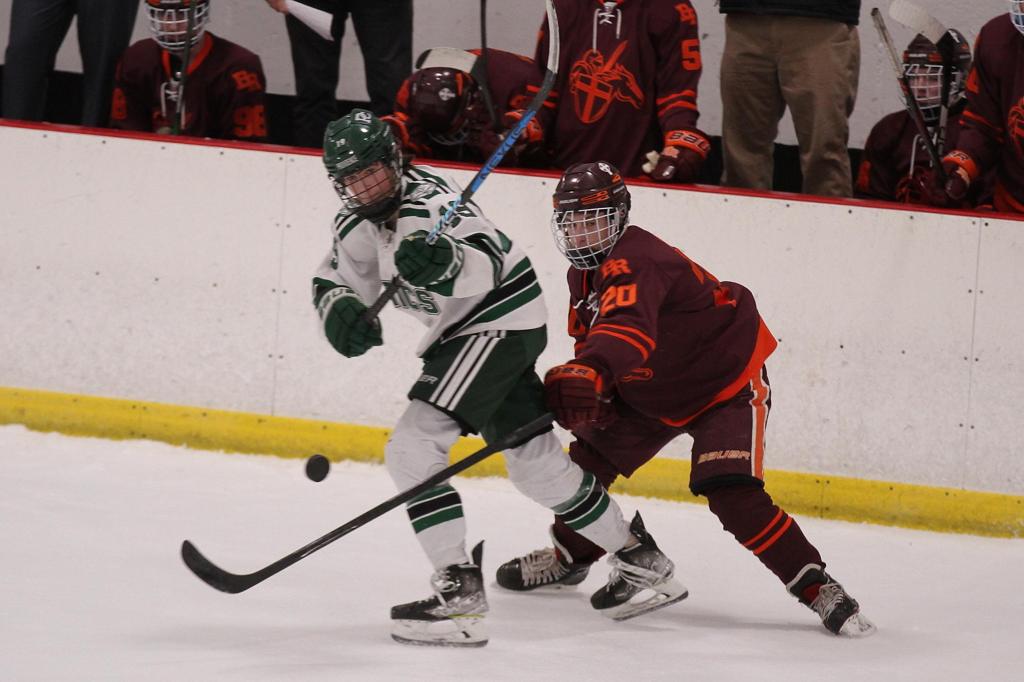 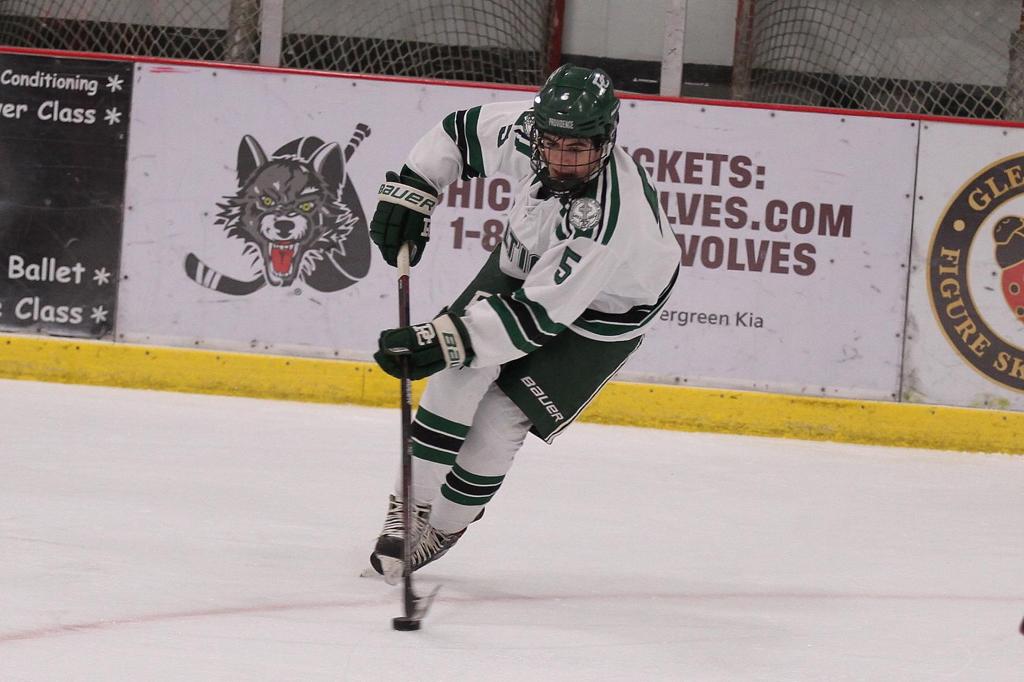 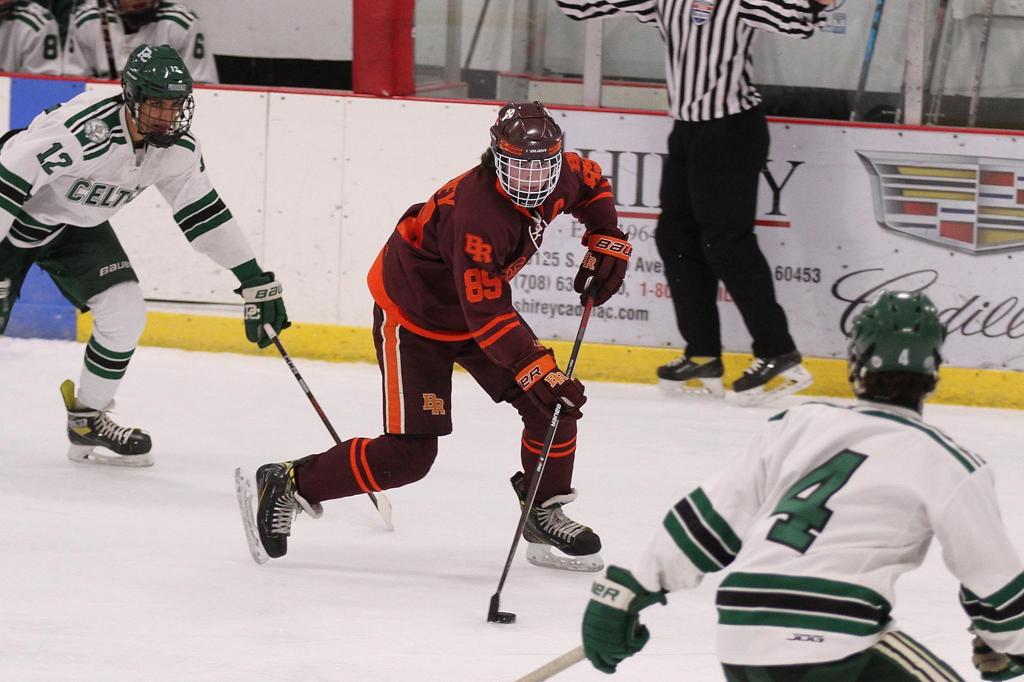 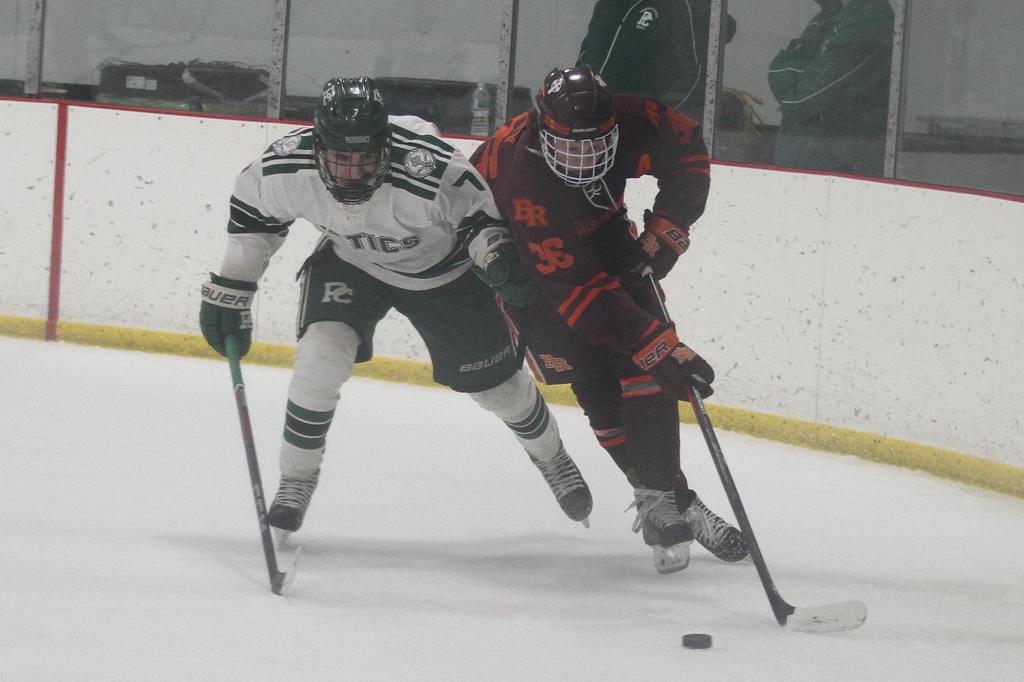 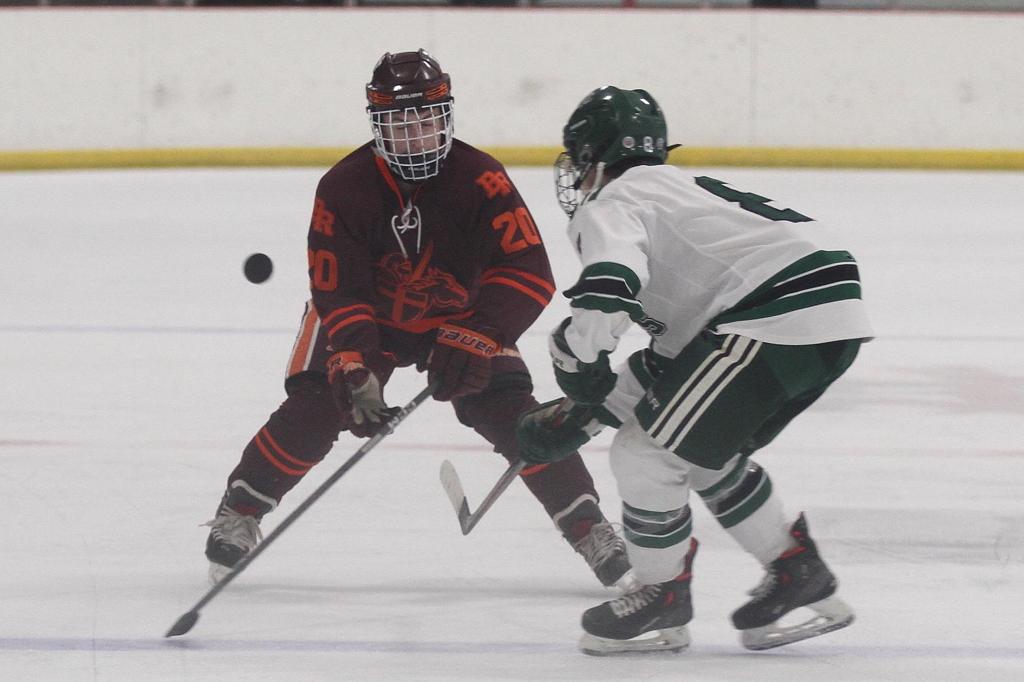 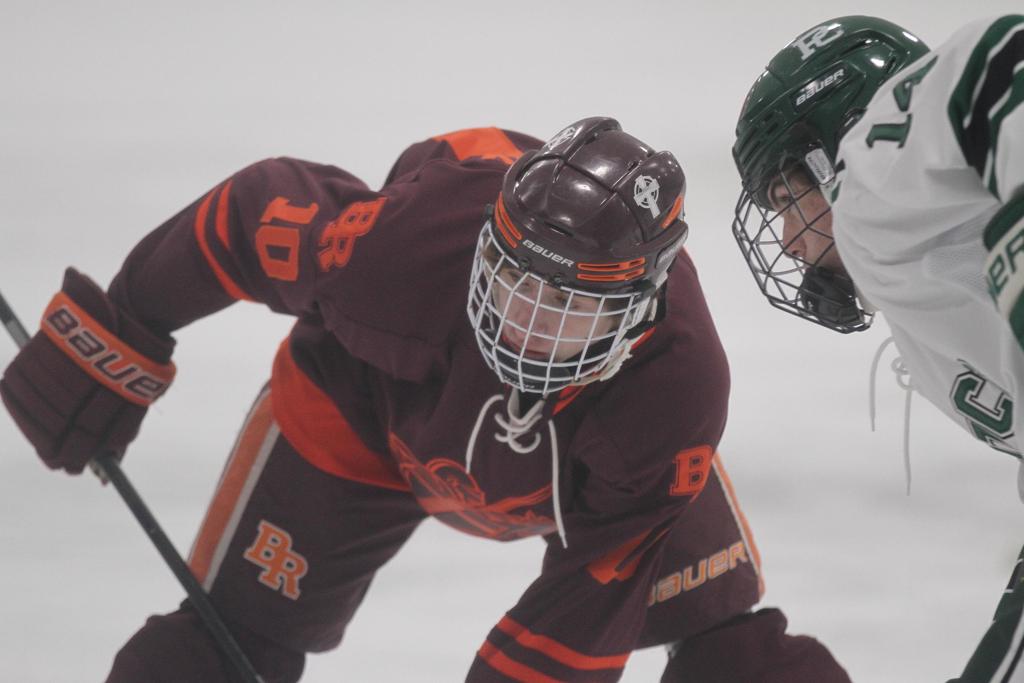