Heading into Sunday’s home game against Benet, Saint Ignatius knew what to expect in the teams’ first meeting since the Wolfpack topped the Redwings for last year’s CCHL crown.

“I told these guys we have to stay the hunters,” Saint Ignatius coach Spencer Montgomery said. “We beat them in the Kennedy Cup last season so we knew they had this game circled as a first chance to get us back.”

Saint Ignatius captain Jack Perrault wanted his young Wolfpack team to understand the gravity of the situation and the heated rivalry that has blossomed between the programs in recent years.

“It’s a very new team so it’s just kind of educating people on all the history between us and Benet,” Perrault said. “So it was about dialing it in, practicing, and going to work.”

Preparation and hard work paid off in a big way for Saint Ignatius, as the Wolfpack posted a 23-8 edge in shots through two periods in building a 4-1 lead, en route to a 5-1 CCHL victory.

“I felt like we were out-played and out-hustled,” Benet coach Jon Grzbek said of the first period. “It was lopsided. They came out really quick and my goalie had to play really well. They were a step faster. And you expect to see momentum swings but momentum was just not swinging.”

“We were swarming the puck, our forecheck was established, and we were physical,” Montgomery said. “I really don't think that their defensemen were comfortable retrieving pucks after the first period, when we were able to trap them in their zone.”

Benet withstood Saint Ignatius’ steady pressure until the final 30 seconds of the first period when the Wolfpack's Austin Haynes netted his first CCHL goal of the season, on an assist by Tiernan Ryan.

Benet goalie William Janus did everything he could to keep Saint Ignatius to a single goal on 15 shots through the game’s first 17 minutes.

Eight penalties called in the first period were also a sign of things to come. Nine more penalties were whistled in the second period and ultimately both teams reached 12 penalties apiece, resulting in bench penalties tagged on both coaches in the third period.

Gracey scored when Luke Vega swept in deep on the right side and laid off a sweet pass that Gracey buried at 6:12. Corbin Klein made it 4-1 on a breakaway with 2:17 remaining in the second period.

“Corbin Klein is the best athlete on the ice every game we play, in front of the net creating chances, and our goaltender (Ethan Laughlin) was strong and composed the entire game,” Montgomery said. “And Victor Ventura was incredible tonight, he was all over the puck.”

The game’s final goal came with 8:32 remaining in the third period, when Charlie Reif scored on a Klein assist.

Perrault liked what he saw from his side offensively.

“We've been growing over the past couple weeks you know, really dialed in and everyone's buying in. We knew what was coming tonight and knew we had to prepare very heavily for it. I'm happy with the result but I did not expect (a 5-1 result).”

“We had a bad week of practice and a bad game,” Grzbek said. “Our effort has been inconsistent this season and that’s not at all characteristic of our team. But usually two or three losses will keep you near the top of the league standings, so we have to take care of business the rest of the way.”

Grzbek liked the day’s work he got from forwards Danny Quinlan and Luca Dicosola, and credited Saint Ignatius for the job it did in slowing a top Benet line that features Anthony Pacheco and Rosenthal.

“Cole got us the goal on the power play but we didn’t have any kind of a transition game going,” Grzbek said. “And (Saint Ignatius) can transition as well as anyone.”

Benet outshot Saint Ignatius 12-7 in another penalty-plagued final period but Laughlin met the challenge with a few quality saves down the stretch.

“(Laughlin) was huge,” Ventura said. “We just came out ready tonight. We won the Catholic League last year so we know this is our league, and we just had to prove it.

“We’ve been finishing more and more this year and just practice working on seeing the puck go into the net so it translates into the game. This feels good and it’s a good way to end the weekend.”

A Saint Ignatius defensive effort that held Benet to a mere six shots through the game’s first two periods also keyed the win.

“We've been working a lot of closing guys out, getting everything towards the corners and we did a really good job at breaking things out and just limiting our time and our zone,” Perrault said. “We had a lot of blocks and a lot of guys stepping up.

“I like the heart and the pushback of this team. Every time we've been down, we come back and we find a way. That’s what I like most about this team so far this year.” 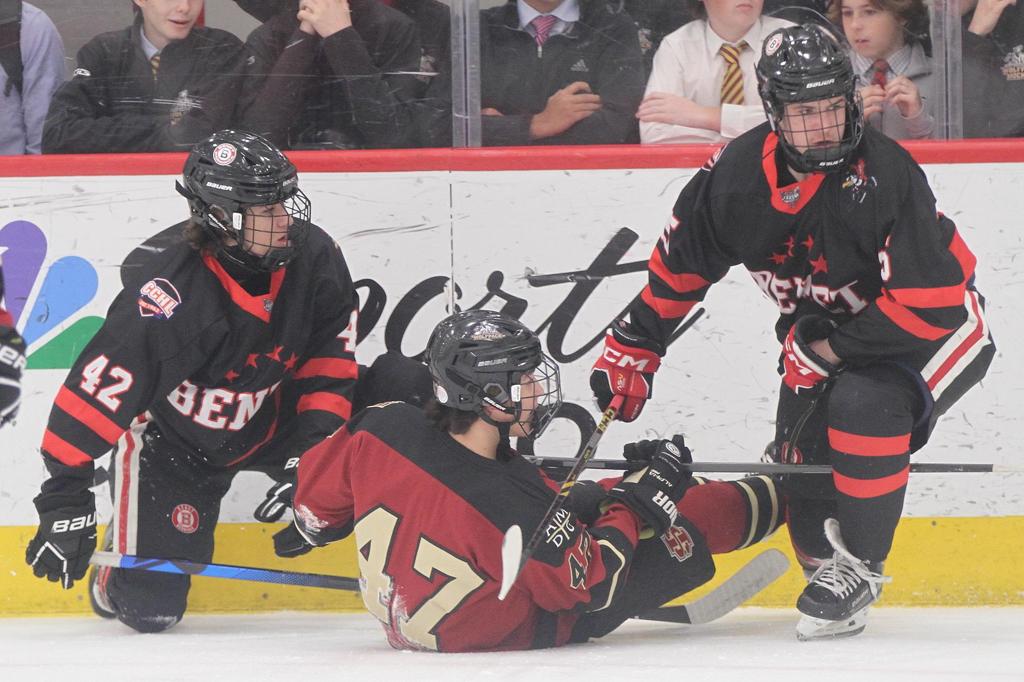 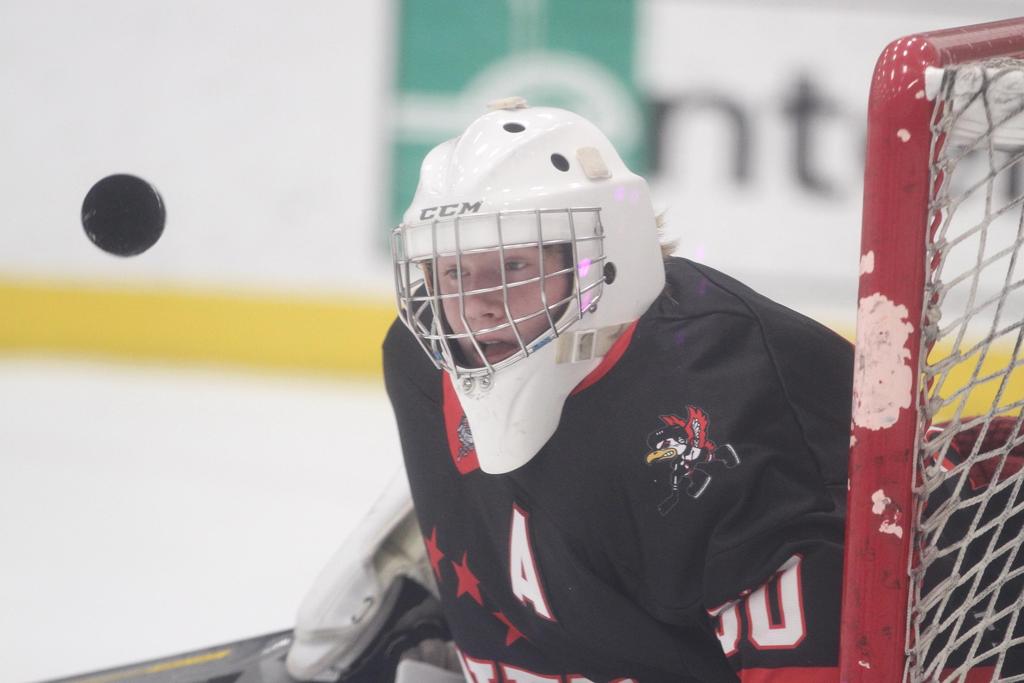 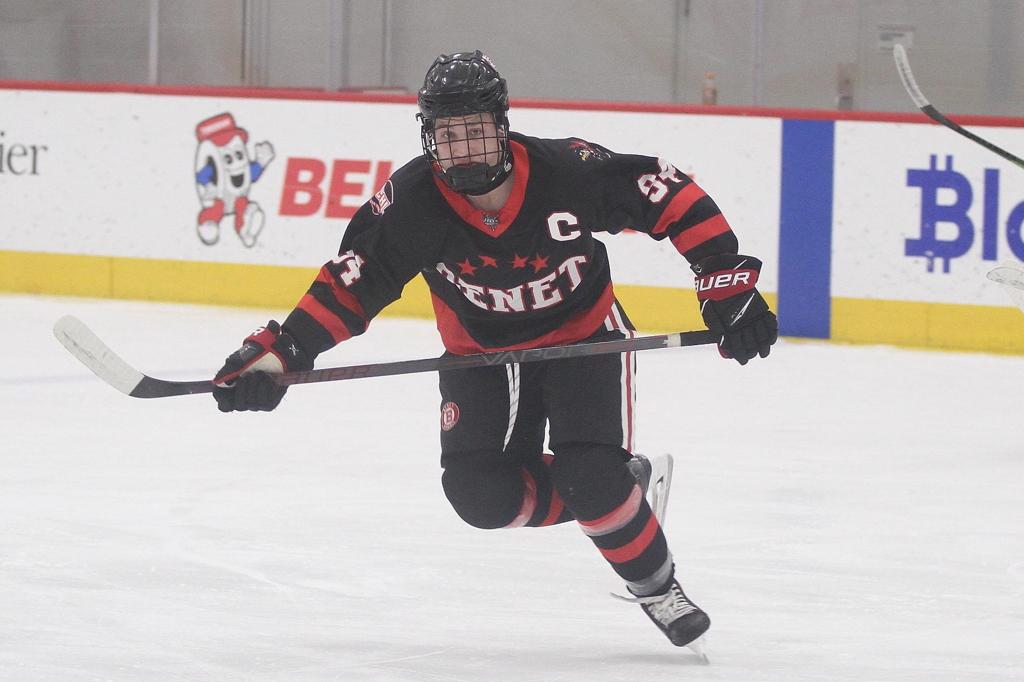 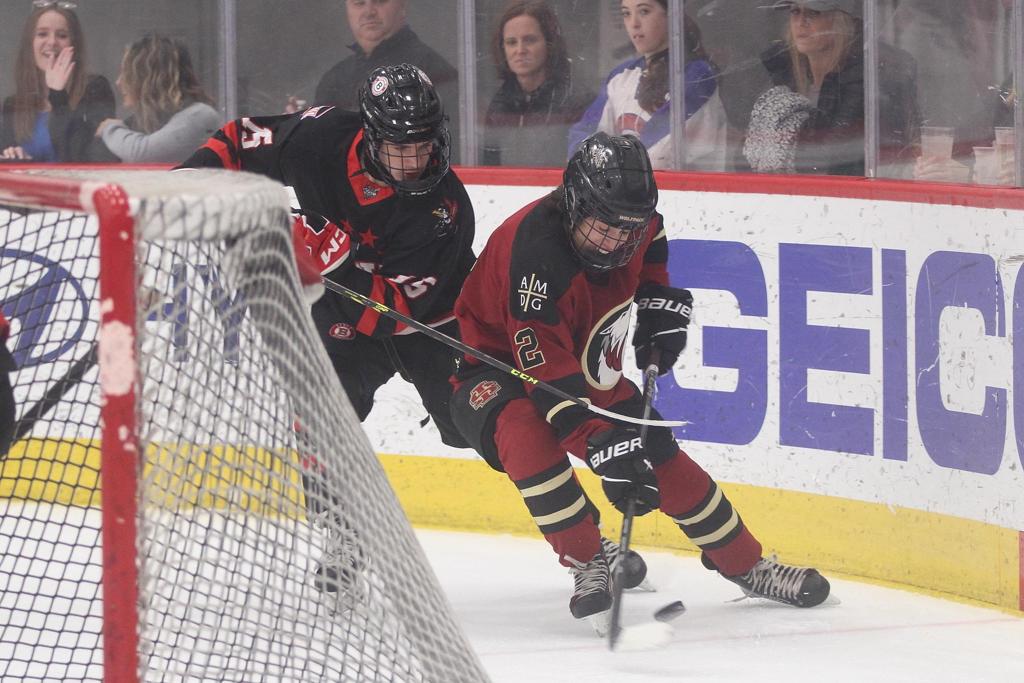 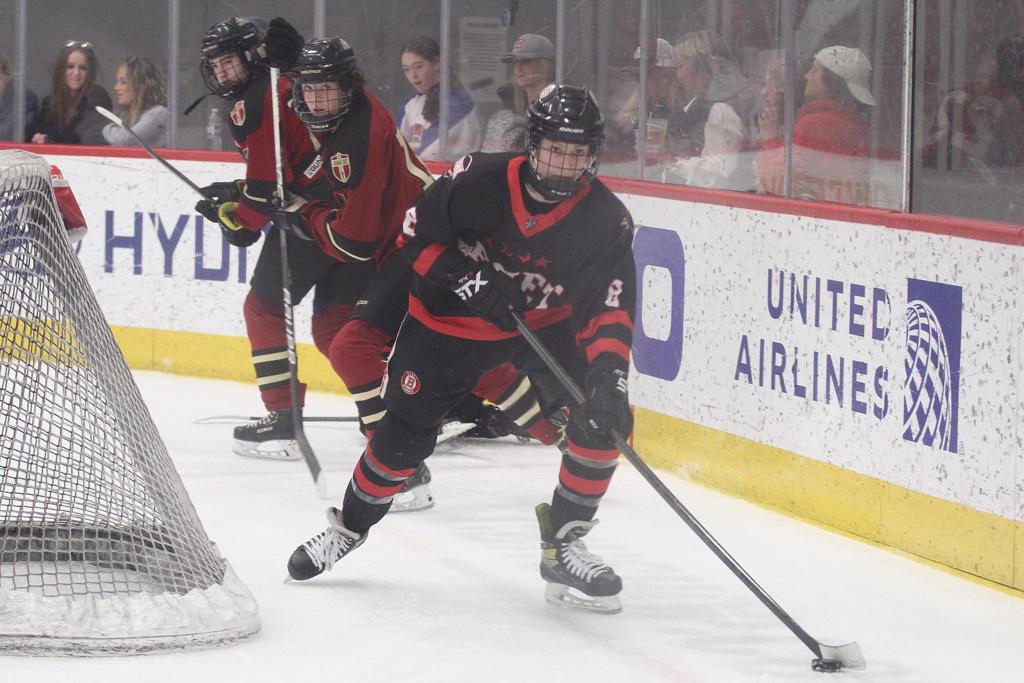 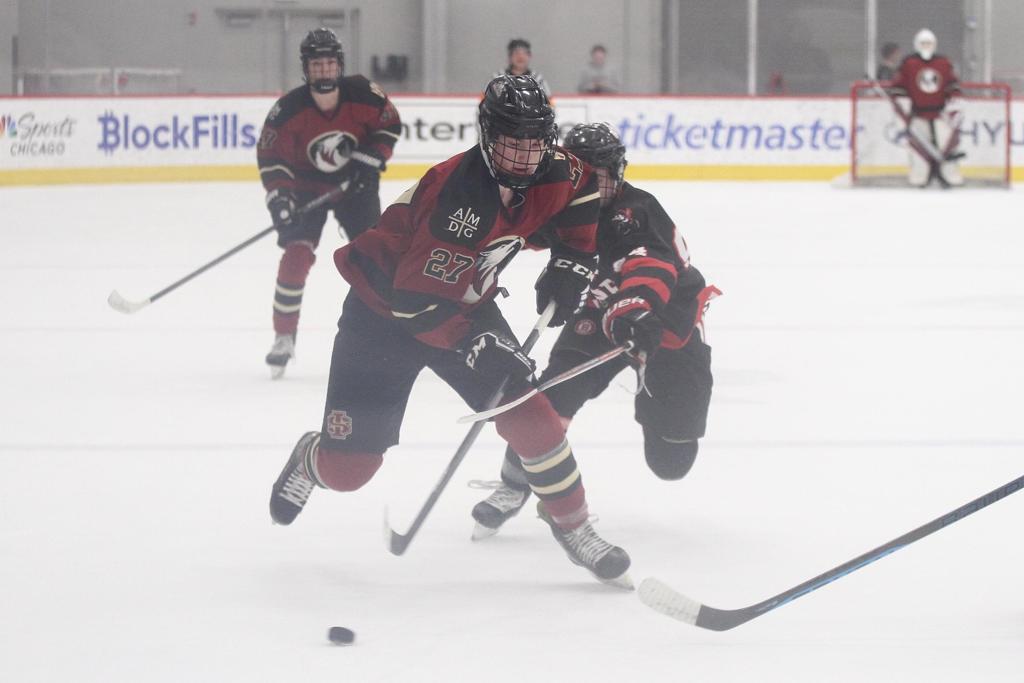 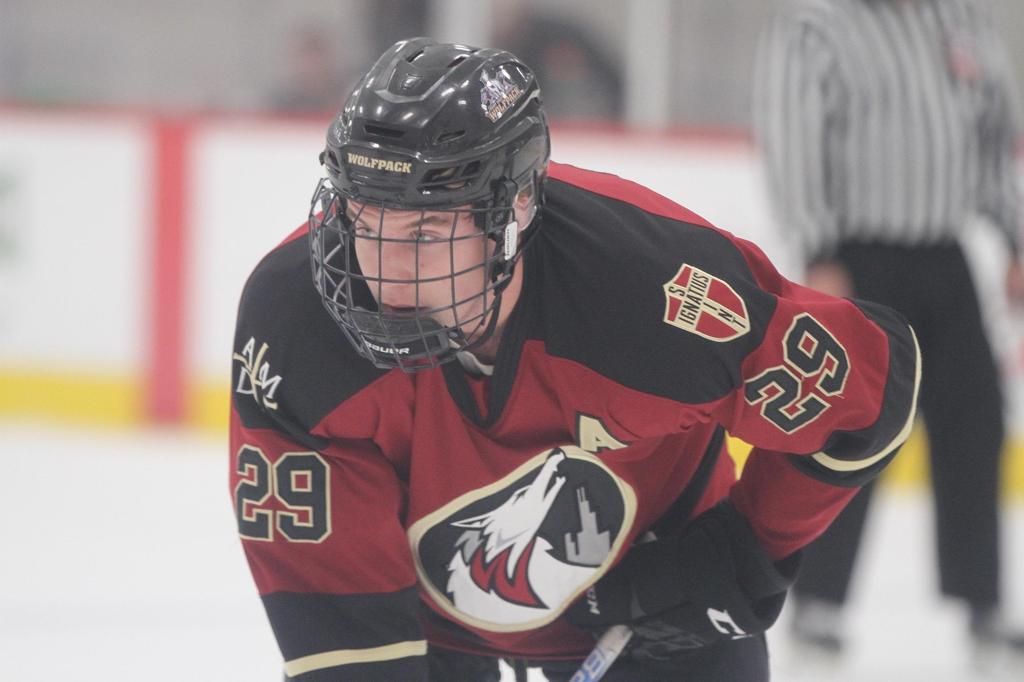 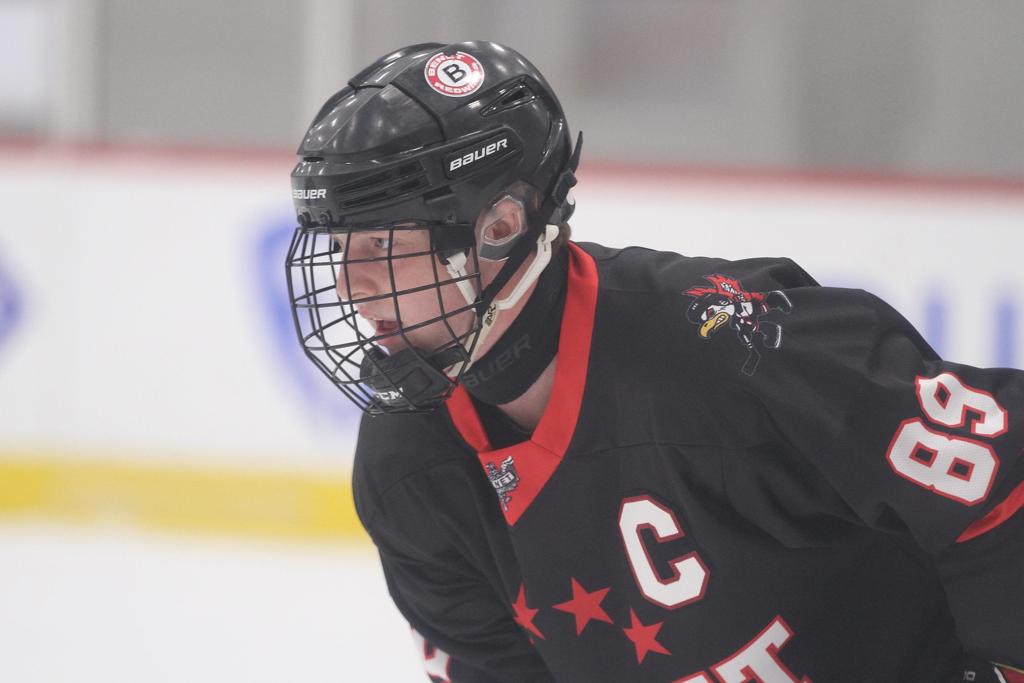 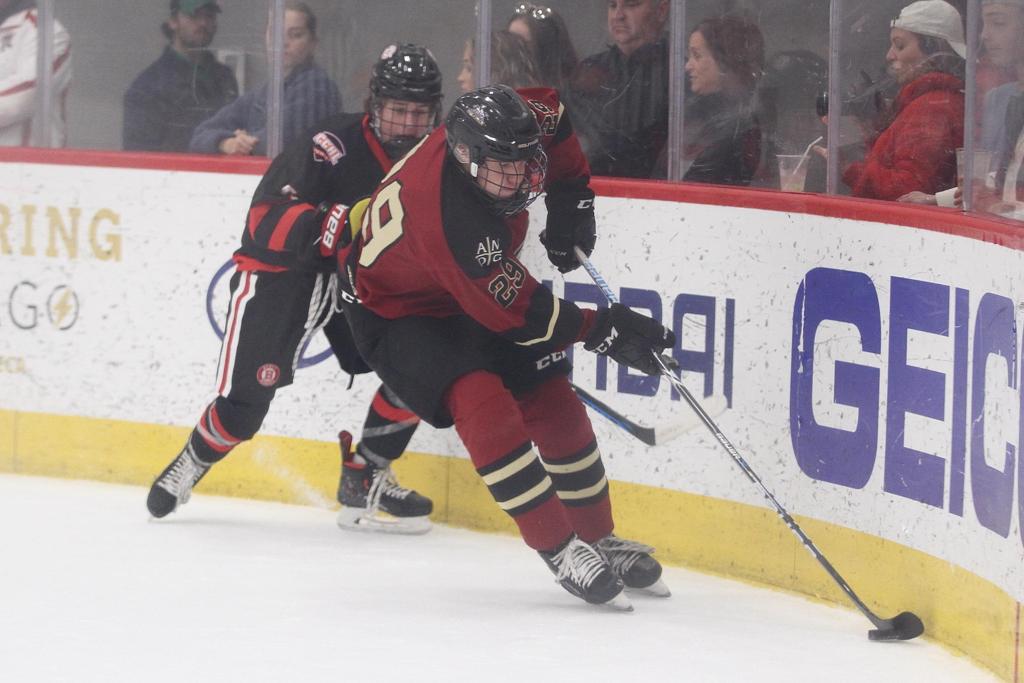 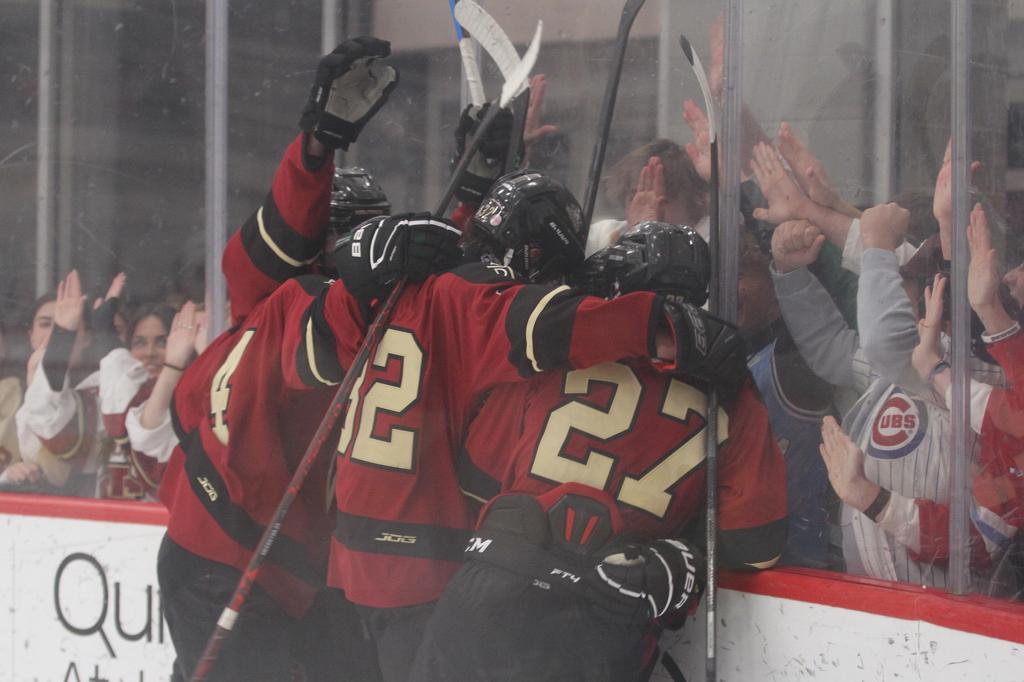 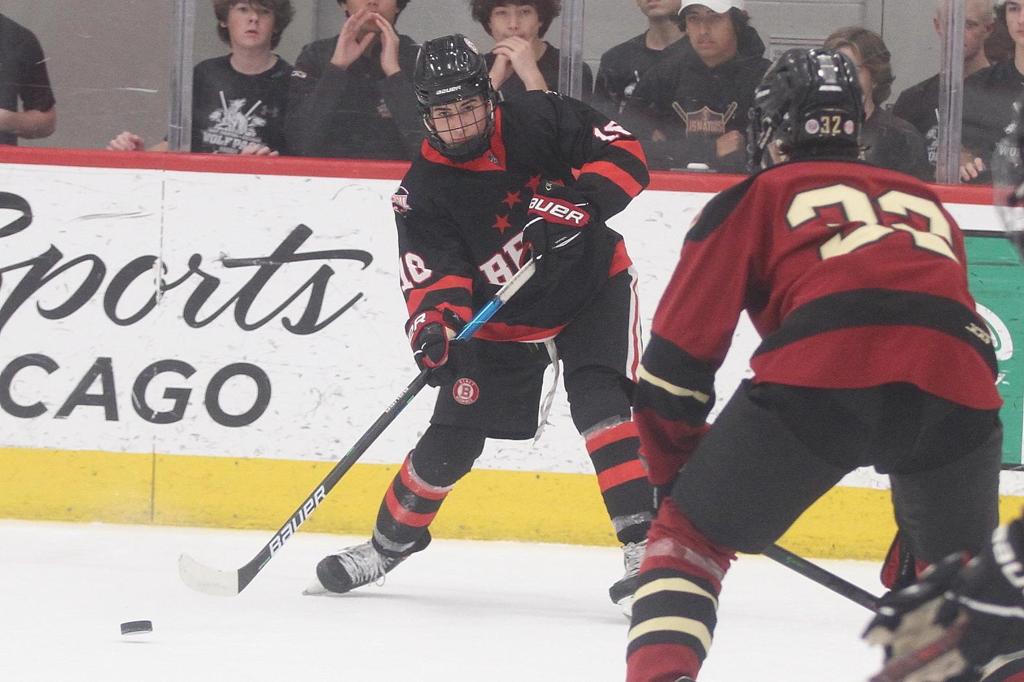 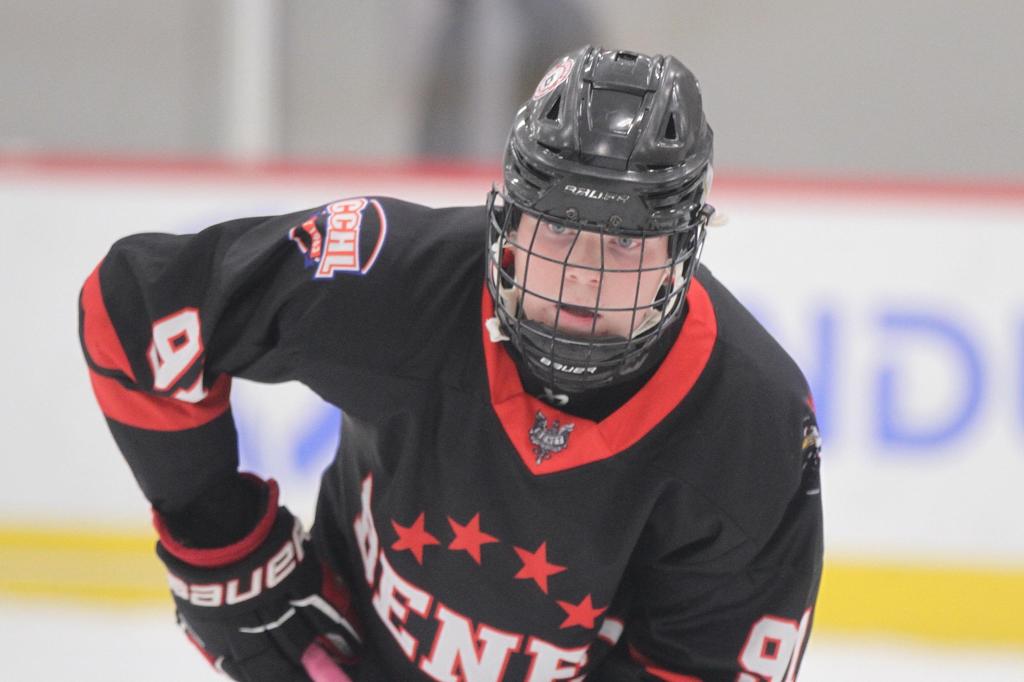 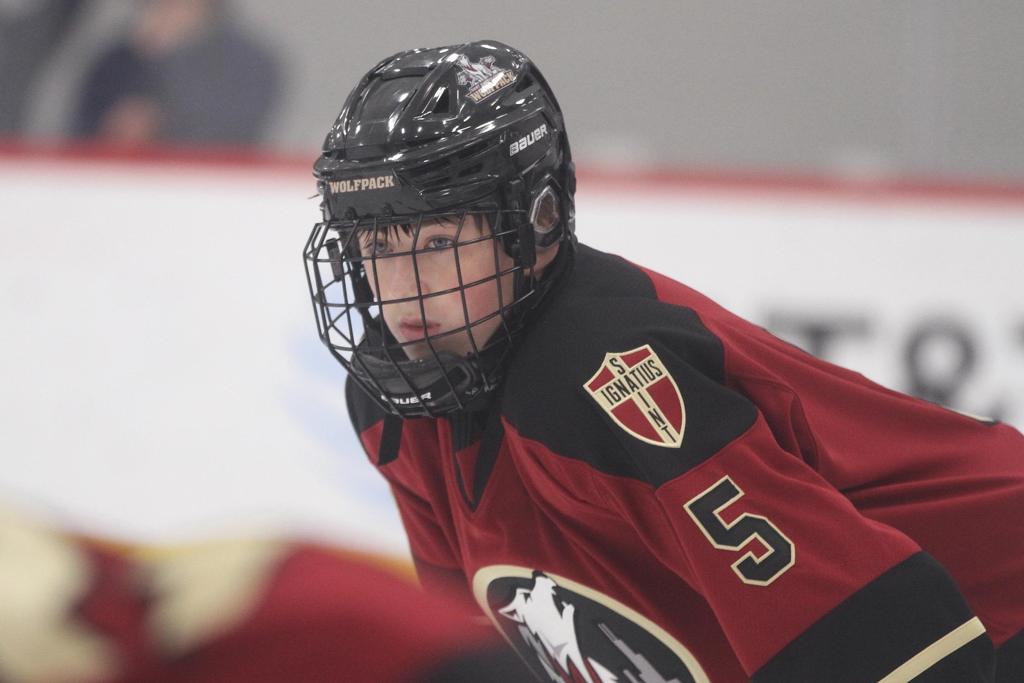 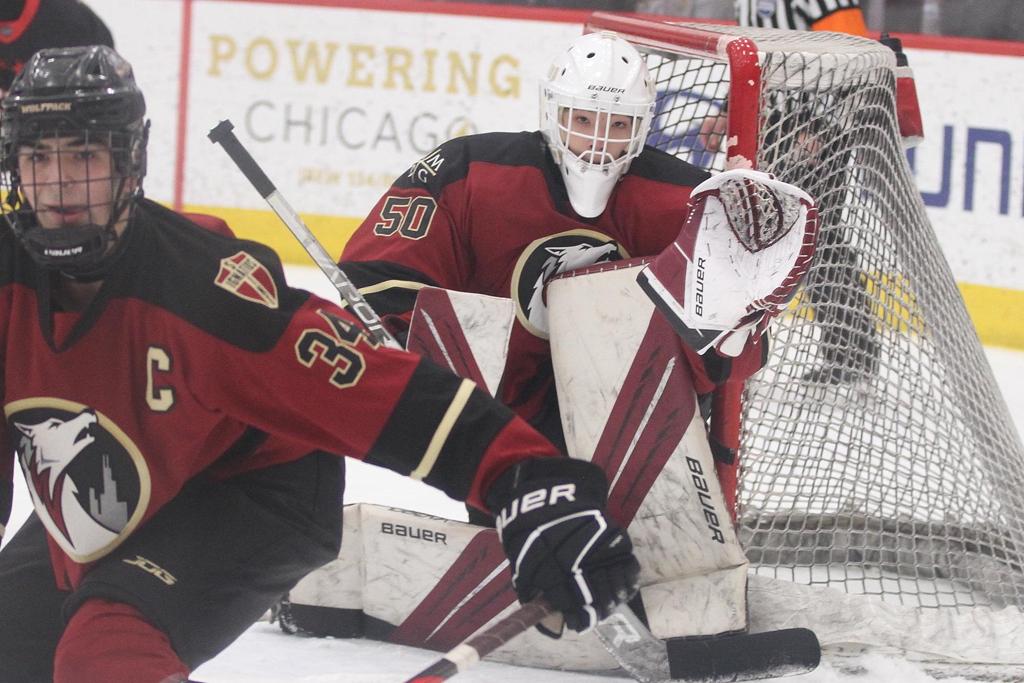 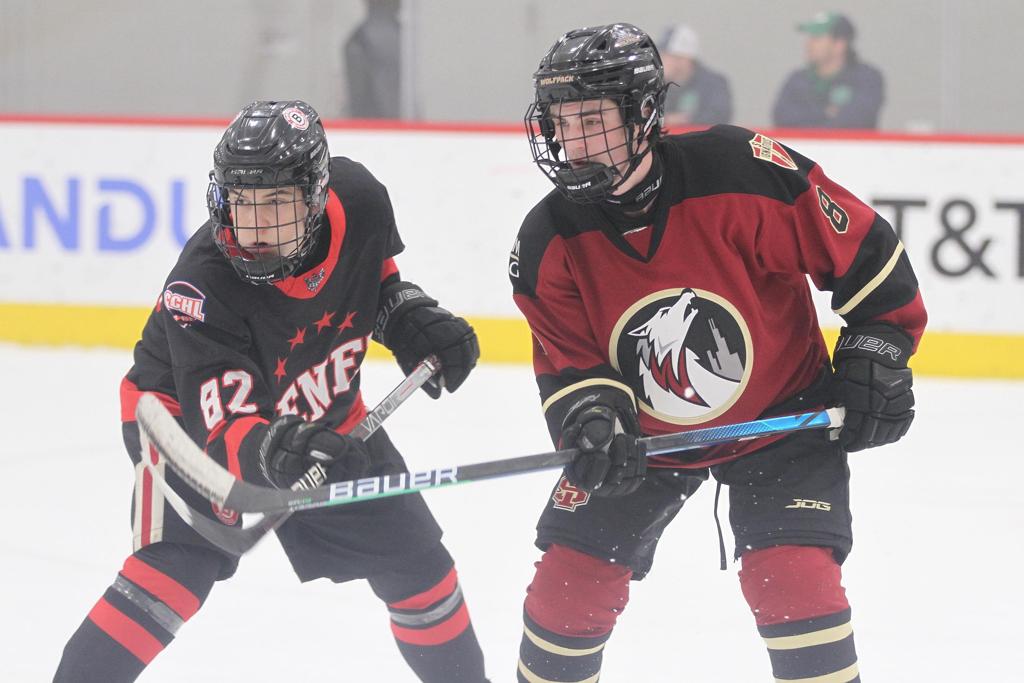