VERNON HILLS -- With a 6-3 win at Carmel Saturday, St. Ignatius punched its ticket to this year’s Kennedy Cup finals and a rematch of last year’s finals against Benet — a fitting end to the CCHL season, pitting the teams that finished first and second atop the league’s regular-season standings.

Carmel didn’t make it easy on St. Ignatius in Game 2 of their semifinal series on Saturday. The Wolfpack won 5-3 in Game 1 on Thursday in a game tied 3-3 before St. Ignatius’ Joey Velarde scored twice in the third period to secure the win.

Carmel took leads of 1-0 and 2-1 in Game 2 before St. Ignatius struck for three goals during an eight-minute span of the second period en route to the victory.

“Honestly, this was one of the hardest games of the year. Carmel came out really hard,” St. Ignatius forward Ray Owens said. “But we were solid from start to finish so I’m really happy for the guys.”

St. Ignatius pressured hard through the game’s first 7 minutes but a Carmel defense anchored by defenseman Leon Swiatkowski in front of goalie David Hernandez withstood it.

St. Ignatius held a 9-3 edge in shots when the Wolfpack went on the power play with 1:34 remaining in the first period, seemingly poised to net the game’s first goal.

Instead, that’s when Carmel’s Nolan Herubin did what he’s done all season, receiving a pass from Kyler Gornick near mid-ice and streaking in up the right side to score a short-handed goal that gave the Corsairs a 1-0 lead.

To that point, Carmel had not only withstood a swarming offensive attack from St. Ignatius, but the Corsairs had also found a way to bury a puck.

Carmel only got 31 seconds to enjoy its lead. With St. Ignatius still on the power play, Owens re-directed a shot from the point into the net to tie the game, with John Paul Koehl notching the assist.

“We had a lot energy and a lot of jump to our game, and we had a lot of chances early,” Smith said. “We were swarming at the net and their goalie stood on his head. We gave up that first goal but showed some resilience and I loved the way we responded quickly.”

The Wolfpack held a 22-8 edge in shots mid-way through the second period when Carmel struck again. The Corsairs went on the power play with 9:24 remaining in the period and Jack Renn buried a shot from mid-circle on the left side to give his side a 2-1 lead.

Once again, St. Ignatius answered quickly, tying the game 2-2 at the 8:39 mark on a Paul O’Grady goal, with assists credited to Owen and Corbin Klein.

Hernandez made some exceptional stops among his 23 saves to that point, but St. Ignatius kept coming. The Wolfpack took its first lead of the game at 3-2 with 4:26 left in the second period, when Owens scored his second goal of the day from the high slot, on assists from Jack Perrault and Klein.

The Wolfpack made it 4-2 with just under two minutes left in the second period, when Jack Rhyner scored from point-blank range at the right-side post, on a feed from Will Karnick. St. Ignatius posted a 19-8 edge in shots in the period and led 31-13 in shots overall.

At 12:03 of the third period, Carmel went on the power play seeking a goal to pull to within one of St. Ignatius, but Wolfpack senior goalie Sebastian Wigfield stopped six shots on the penalty kill to keep the Corsairs out.

Wigfield was names a CCHL all-star and an AHAI all-state goaltender this season.

“He’s a three-year starting varsity goalie for us and he has a nice equilibrium to him,” Smith said. “I’m sure he wants that first goal back but he’s just going to hit the reset and go. Having a goalie like that keeps us in every game.”

St. Ignatius made it 5-2 when Charlie Reif followed up a Tyler Pan shot and buried the rebound with 6:38 left in the game.

Carmel wasn’t done. The Corsairs earned a 7-3 edge in shots to the final buzzer and got a Charlie Lenihan goal at 4:30 to cut their deficit to 5-3. Lenihan’s goal came after Stensrud won off a face-off in front of the Wolfpack’s net, with Herubin and Stensrud getting assists on the play.

Both Stensrud and Herubin were also CCHL all-stars and AHAI all-staters this season.

“(Herubin) and (Stensrud) are some high-powered guys so you’re playing with fire when give them a chance,” Smith said. “And they made it interesting.”

Herubin saw a solid effort from his side throughout the game.

“I thought we battled hard. I liked our physicality,” Herubin said. “We were laying some hits, getting pucks deep, and pushing the pace.

“We needed more shots but I thought it was a battle to the end. Everyone gave it their all. But it was just the amount of shots — their forecheck is really good and we had trouble getting guys in front of the net to get some tips and rebounds. They’re just a tough team.”

“Ray Owens had a really good game on both ends of the ice,” Smith said. “He plays a 200-foot game, he’s coming back hard and contributing, and our sophomore (Charlie) Reif got a huge goal for us.

“Defensively — that’s our strength, with five seniors back there. (Joey) Giunta is just a top end (defenseman) who covers a lot of ice and takes on a ton of responsibility. He’s hard and quick on pucks and he can kill a lot of plays because he’s solid and covers a lot of ground.”

Herubin finished with a goal and an assist and Stensrud had a pair of assists in the loss. Carmel plays New Trier Blue Tuesday to open state tournament play.

St. Ignatius opens state tournament play Saturday against Warren, but first comes a date with Benet in Game 1 of the Kennedy Cup finals on Wednesday at 8:00 pm at Fifth Third Arena in Chicago.
It figures to be a series that high school hockey fans won’t want to miss.

“They have something we don’t so credit to them,” Owens said of defending Cup-winner Benet. “But I think it’s our turn and we just have to be ready to go. They’ll be ready to go, too, so it should be a matter of the best team winning.”

Wigfield knows an even-keeled approach will best serve his Wolfpack under the bright lights of the Kennedy Cup finals.

“There’s been a bit of pressure throughout the season for us to do something, because for our seniors it’s our last run at it. It’s our last chance," Wigfield said. "But I think our consistency of play has evolved and we’re not thinking about the future too much and being more present.

“It's just keeping our heads down and doing our job. You can’t let it get to you and it shouldn’t matter who your opponent is." 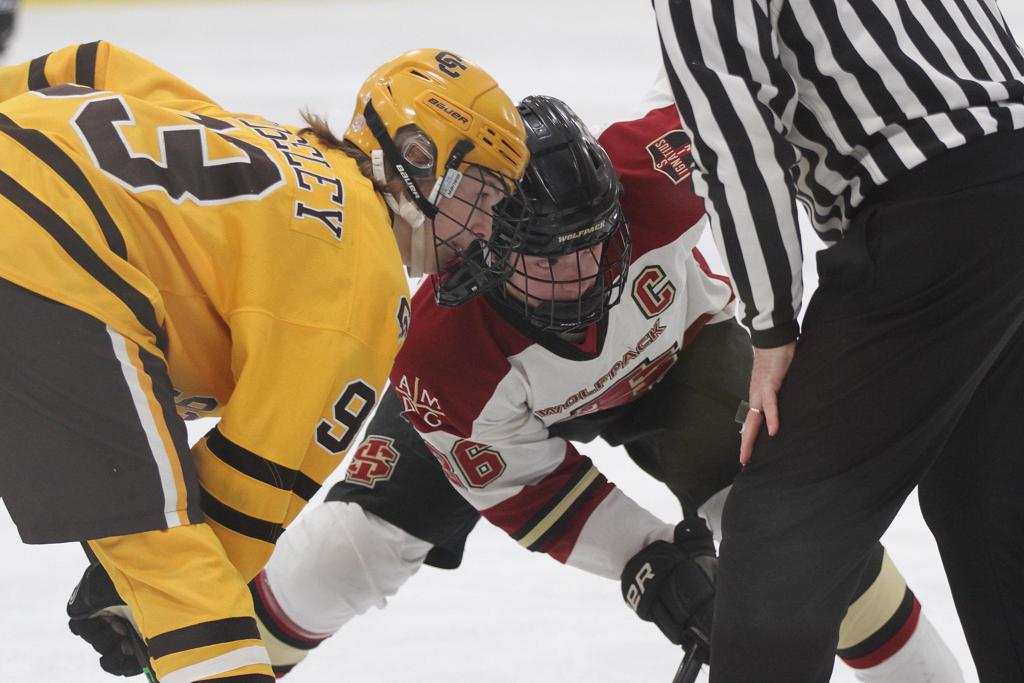 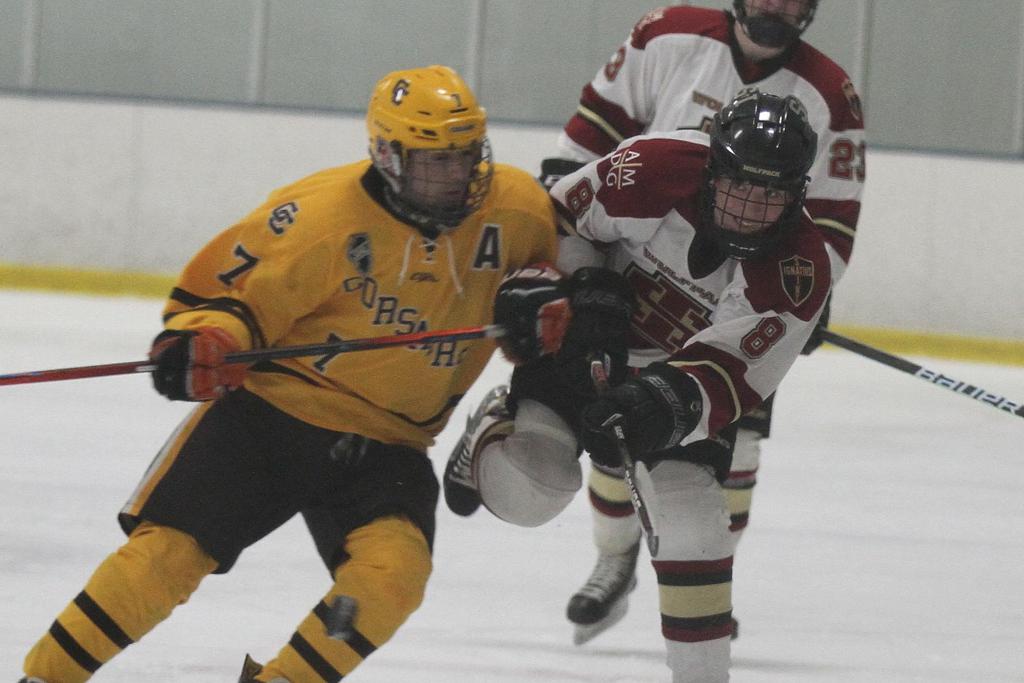 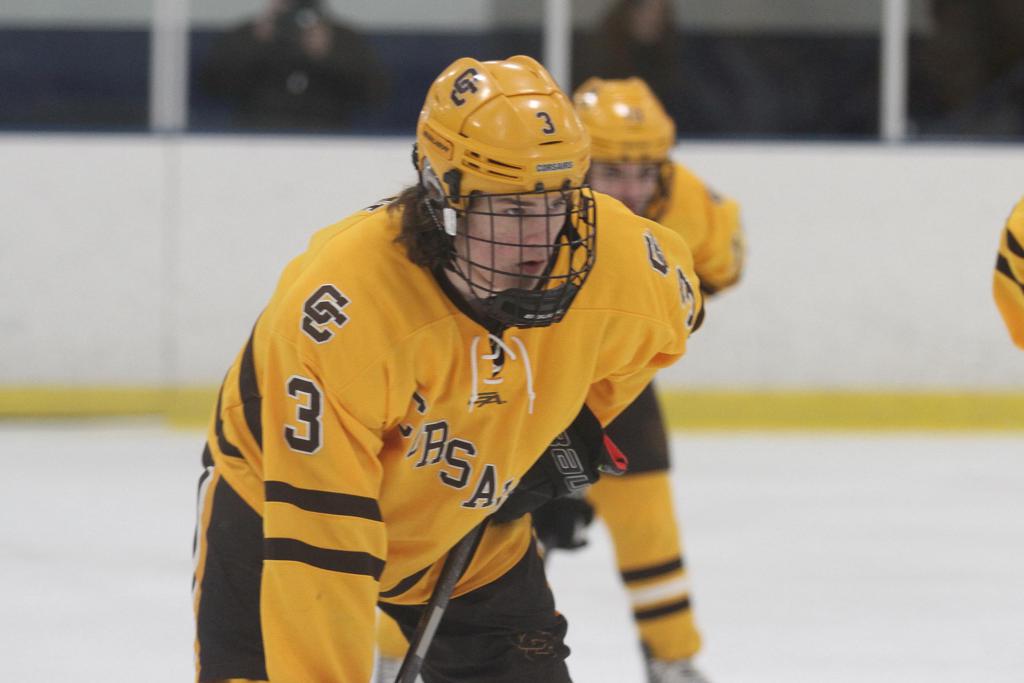 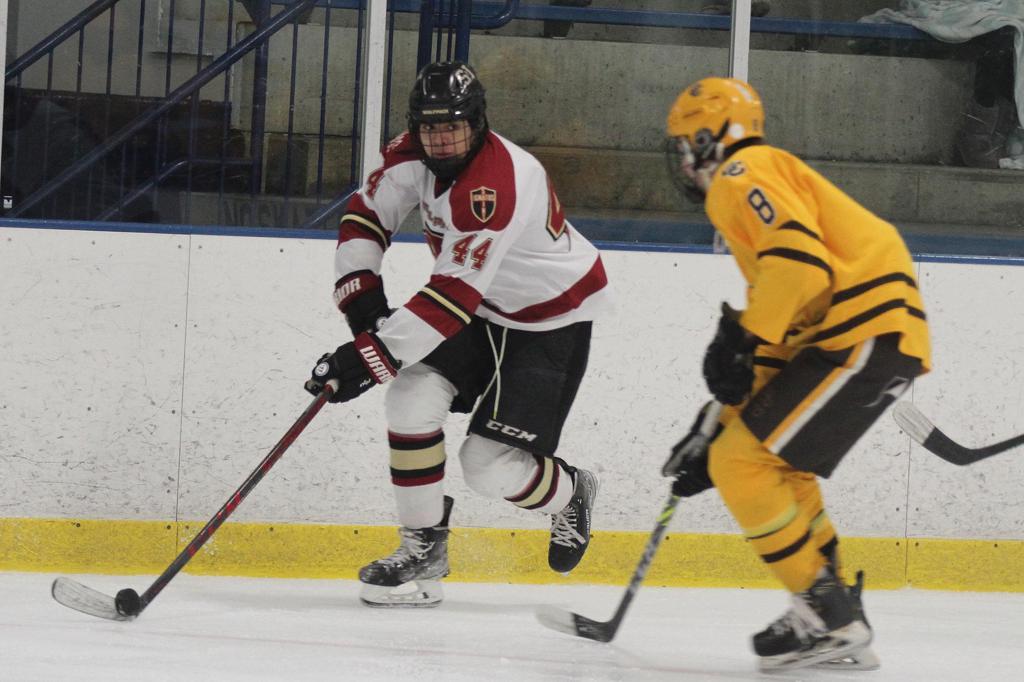 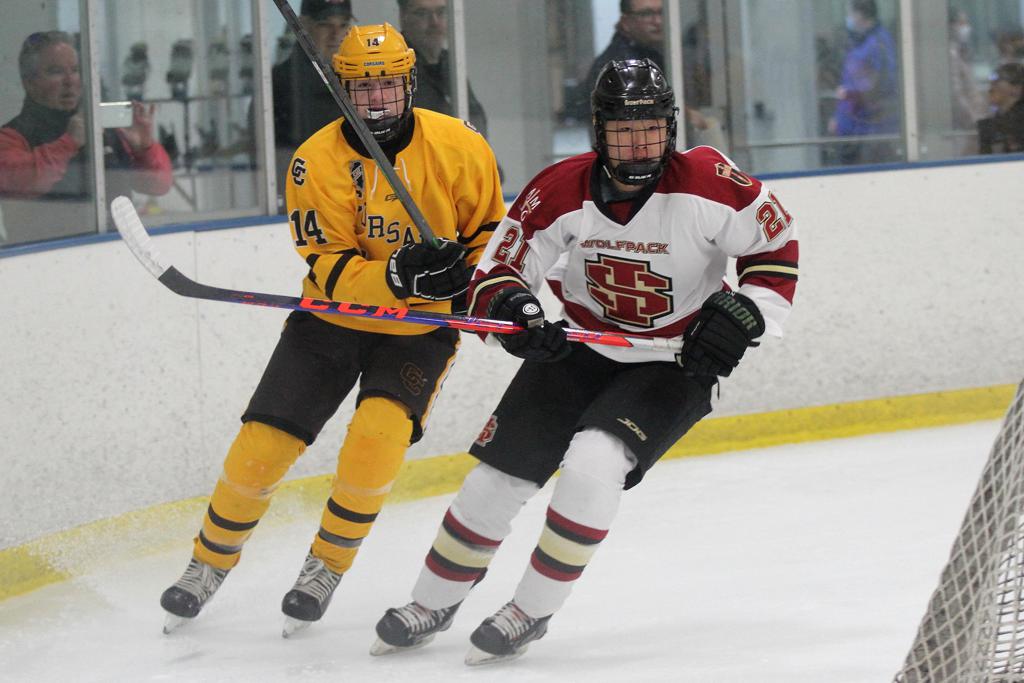 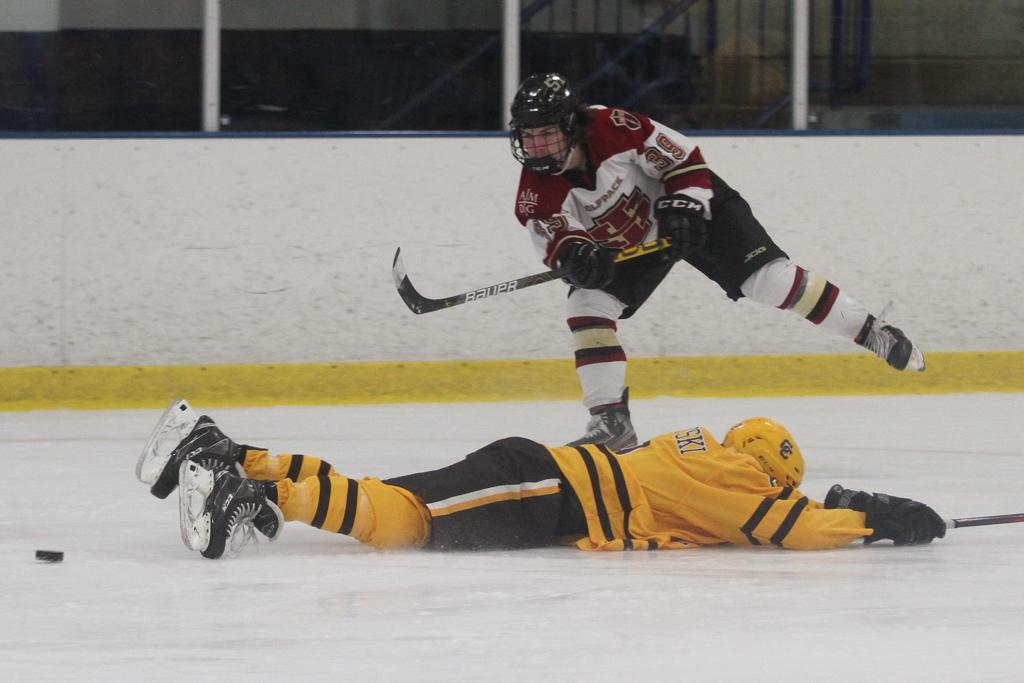 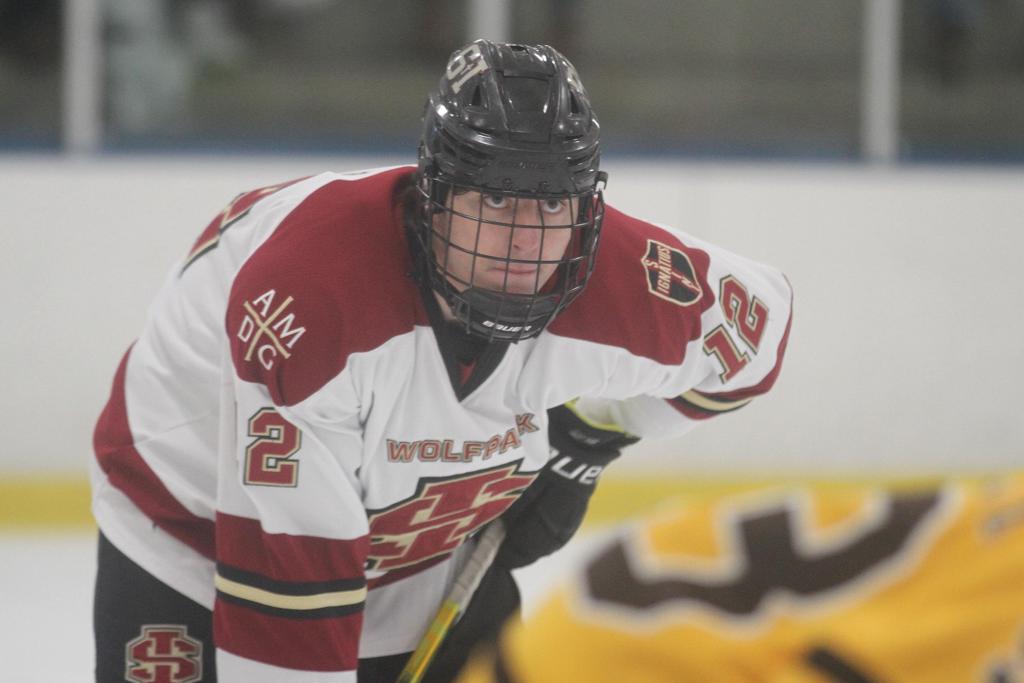 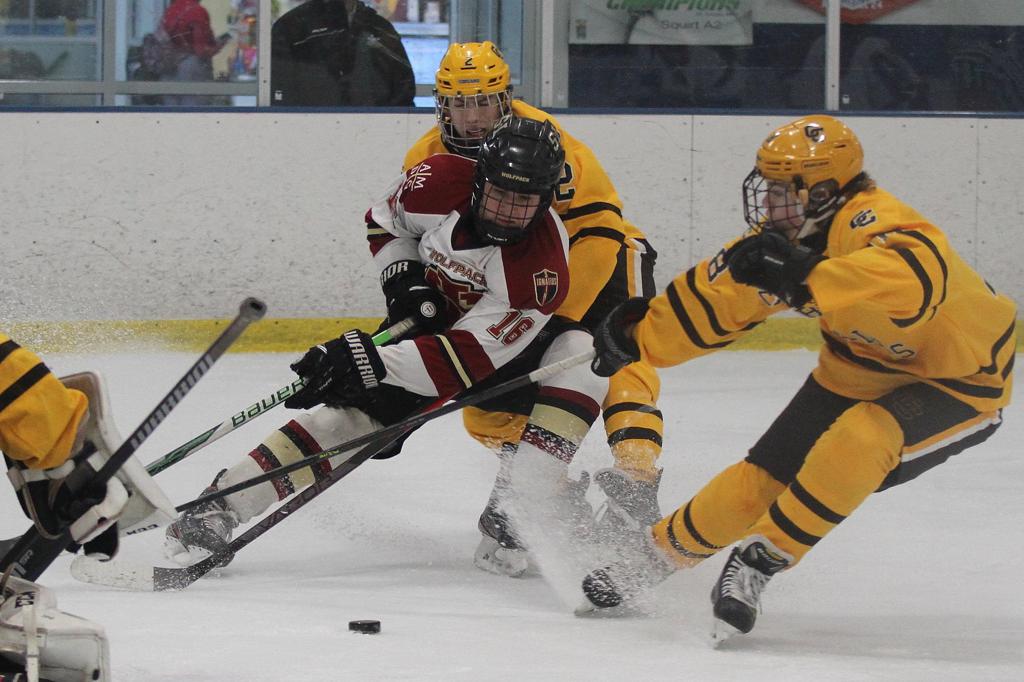 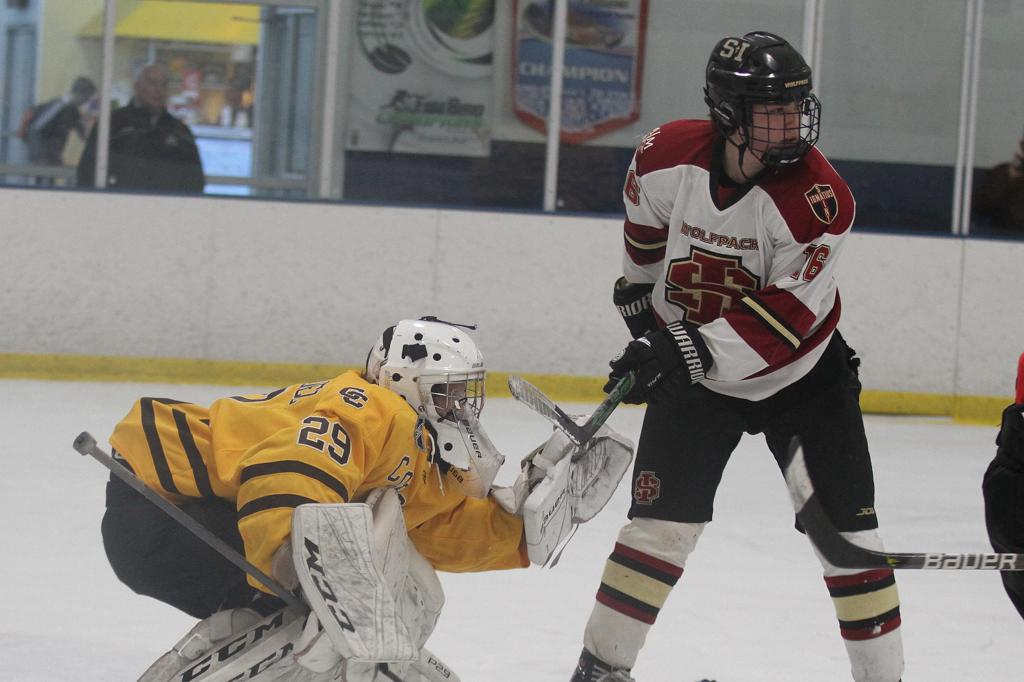 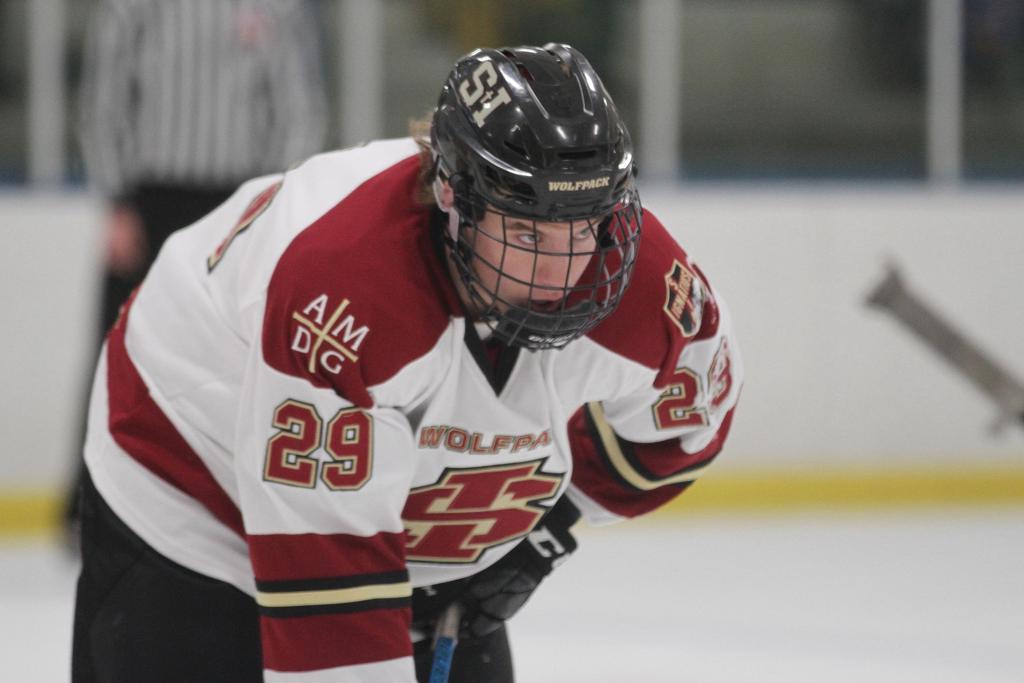 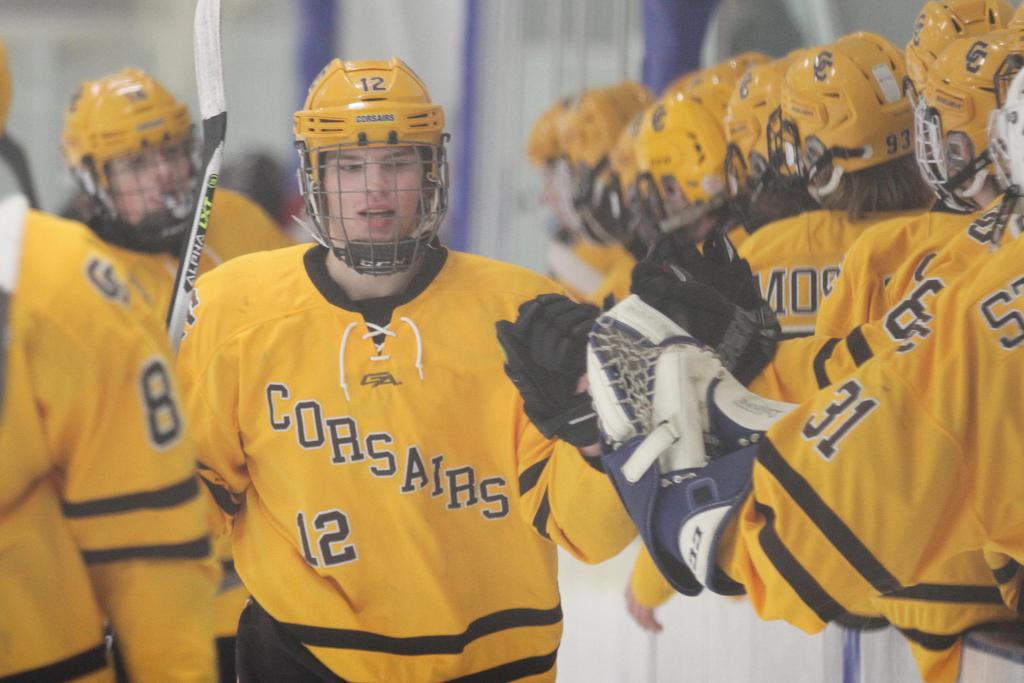 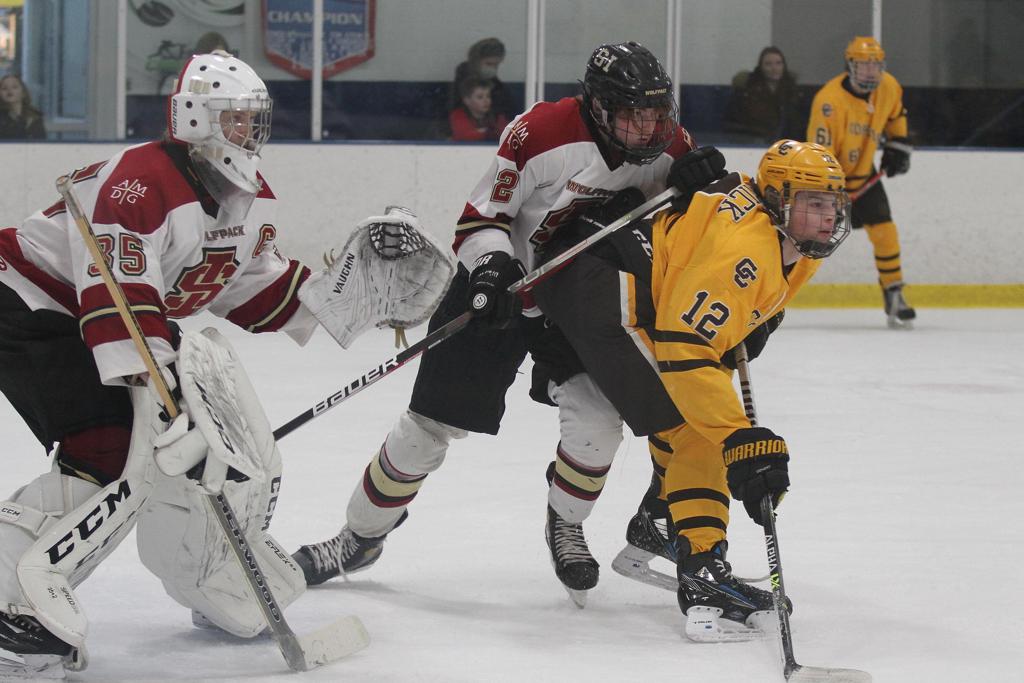